Francis Ponge was born in Montpellier, France in 1899. His work became known in French literary circles in the early 1920s, primarily through publication in the Nouvelle Revue Française, at the time Ponge worked for Gallimard publishing house as a production manager. Ponge, who had joined the Socialist Party in 1919, had a brief association with the Surrealists in the 1930s, which, in turn, led him to join the Communist Party. 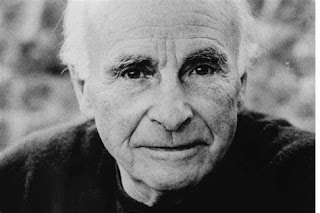 During the same period, he worked for the book distributor Hachette until he was drafted into the army in 1938. In 1942, he published his great masterpiece Parti pris de choses. In the same year Ponge joined the Resistance.

After World War II, Ponge left the Communist Party, and the period from 1947-1951 was a lean time, interrupted by a trip to Algeria in 1947-1948 with Henri Calet and Michel Leiris. From 1952 to 1964 he taught for the Alliance Française in Paris. In 1956 the Nouvelle Revue Française devoted a special issue to Ponge, in which Albert Camus and Jean-Paul Sartre both wrote in his praise. And throughout the 1960s, Ponges work was highly praised by the Tel Quel group, Philippe Sollers, Jean Thibaudeau and Marcelin Pleynet, in particular. In 1965 Ponge traveled to the United States, lecturing in over sixty venues at various universities; the following year he spent a term as Visiting Professor at Barnard College and Columbia University. In 1972 he was awarded an international prize by The Ingram Merrill Foundation, and two years later Ponge was awarded the Books Abroad/Neustadt International Prize for Literature.

The oyster, the size of an average pebble, has a coarser appearance, a less even color, brilliantly whitish. It is a stubbornly closed world. It can be opened however: you have to hold it in the hollow of a rag, use a chipped, rather dull knife and go at it several times. Curious fingers are cut, nails broken: it's a rough job. Nicking it, we mark its casing with white circles, sorts of halos.

Inside we find an entire world, to eat and drink: under a pearly firmament (strictly speaking), the skies above merge with the skies below, forming a single pool, a viscous, greenish sachet that flows back and forth to both smell and sight, and that is fringed with a blackish lace.

On very rare occasions a little form beads in their pearly throats, with which we quickly adorn ourselves.

─Translated from the French by Guy Bennett

The Nuptial Habits of Dogs

The nuptial habits of dogs are really something! In a village in Bress, in 1946...(I want to be precise because, considering the celebrated evolution of the species, if it were to hasten...or if there were to be an abrupt mutation: one can never tell)...

What a curious ballet! What tension!

It's beautiful! This movement engendered by a specific passion. Dramatic! And how lovely are those curves! With critical moments, paroxystic, and drawn-out patience, perseverance of a maniacal immobility, circumlocutions in very slow revolutions, circumvolutions, pursuits, strolling in a special way...

Oh! And what music! What a variety!

All those individuals like spermatozoa who come together after unbelievable detours.

This lasts a good week...(more perhaps: I'll correct it when it's over).

What maniacs those dogs. What stubbornness. What heavy brutes. What chumps! Sad. Narrow-minded. A pain in the ass!

Ridiculously stubborn. Plaintive. Ears cocked, on the scent. Busy. Scenting. Raising and knitting their brows, sadly, comically. Everything strained: ears, backs, legs. Growling. Plaintive. Blind and dumb to everything else but their specific determinations.

(Compare this to the grace and the violence of cats. To the grace of horses also).

But she wasn't my bitch. She belonged to my neighbor, Féaux the postman: I was unable to get close enough, to observe the organs of the lady, her smell, her trails, her loss of seed.

I was unable to determine if she had begun by being provocative, or if it had only come to her (her condition, first of all, then her discharges, her smell, then the males and their attention, so long, so importunate), if it had only been for her a surprise, only a timid groan, with calculated and consenting movements.

What a sad story, after all! How life, revealed to her at that moment, must have appeared harassing, bothersome, absurd!

And there she is, wounded for life,─mortally, too! But she will have her pretty little puppies... Alone to herself, for a little while... Then those males will stop hanging around, and what joy with her little ones, even what fun, what fullness,─despite an occasional traffic jame between her paws and under her belly, and a lot of fatigue.

The fact is, we didn't sleep much for a week... But that's of no importance: you can't always have everything,─sleep and something like a series of nocturnal performances at the Classic Theater.

The moon there above (above the passions) also seemed to me to have played a major role.

─Translated from the French by Serge Gavronsky 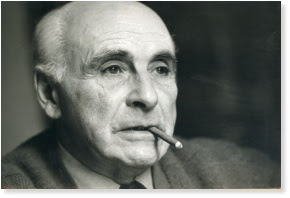 Nice to run into this. I was just reading Ponge poems to my wife and son over the weekend. Still among my favorite authors in any language.

great stuff. i think ponge is wonderful, and he should be better known in the usa. the poems can be revisited so many times, each mining some new nugget. i have posted his words numerous times here.

also in relation to hartley (i'm too lazy to post two thoughts to different places...), i think most known artists or writers are rarely acknowledged with any seriousness of their secondary mediums, and hartley is definitely an underrated writer (as schoenberg is a very underrated painter!). it's clear from the depth of the poems and his autobiography that he was as serious and engaged with writing as much as he was with painting. i also think certain artists or writers are freer and/or more direct in their so called "secondary" medium than their primary one as it seems they tend to feel less self conscious and less of the weight of a studied history... yes it can be naive (not so in hartley's case), but in the case of someone like dubuffet, his music experiments were much freer and much more "brutal" than his paintings - perhaps even more direct and close to his concerns, particularly when confronted by an audience.

for me, gysin and michaux seemed to approach their writing and visual work in total sympathy where one is hard pressed to differentiate approaches and/or quality (for what its worth...); but of course this idea starts to begin an endless discussion...

and all i really wanted to say was how happy i was to find ponge here and... "nice blog" :-)

__ You’re invited to view my latest video “684”__ a collection of some short poems. ( http://www.youtube.com/watch?v=1QQVtsjdiDw )

I'd like to add to your list of translations Unfinished Ode to Mud, a bilingual edition of around 40 Ponge poems with translations by Beverley Bie Brahic, published in 2008 by CB editions. The book is shortlisted for the 2009 Popescu Prize for poetry translation, and is the only UK edition of Ponge currently in print.