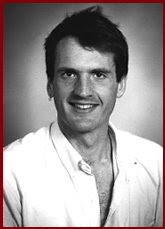 Born in Whittier, California, Christopher Davis attended Humboldt State University in northern California from 1979–1981. He received a B.A .in English from Syracuse University in 1983, and an M.F.A. from the Iowa Writers’ Workshop, where he was a Teaching-Writing Fellow, in 1985. Since 1989, he has taught creative writing and contemporary poetry in the English Department at the University of North Carolina at Charlotte.

His book, The Tyrant of the Past and the Slave of the Future, won the 1988 Associated Writing Programs award, and was published by Texas Tech University Press. His second book, The Patriot, was published in the University of Georgia Press Contemporary Poetry Series in 1998. A History of the Only War, his third collection, was published in 2005 by Four Way Books. His poems have appeared in numerous periodicals such as American Poetry Review, Denver Quarterly, Massachusetts Review,Volt, and in many anthologies, including Word of Mouth: An Anthology of Gay American Poetry, The Best American Poetry 1990 and Red, White and Blues: Poets on the Promise of America.

Stylistically Davis’s poetry is more “modernist” in spirit than “post-modernist.”The early influences of the modernists and of anthologies such as Another Republic: 17 European and South American Writers have remained vital to him. A love of “New York School” poetry, what his work echoes from it is, primarily, its tonal richness. He attempts to respond to the issues in poetics articulated by critics (Perloff, Altieri,etc.) and critical theorists with a visceral, dramatic, emotionally-complex poetry: stung, in his conscience, by the attack on “narcissism” suggested by ideas of a “poetics of indeterminacy,” for example, he is more interested in portraying the “embodiment” of his reaction than in simply following the prescribed guidelines
for “new writing.”

The Tyrant of the Past and the Slave of the Future (Lubbock, Texas: Texas Tech University Press, 1989); Independence News (Charlotte, North Carolina: Sandstone Press, 1993); The Patriot (Athens, Georgia: University of Georgia Press, 1998); A History of the Only War (New York: Four Way Books, 2005)

For My Pen Is

A possum, ripped apart, reminds me of a men’s
room, brown liver served upon a bed of noodles,
death’s stench not unlike ammonia, piss, cologne.

I clomped into an antique dealer’s fragile shop.
I rattle curio cabinets. the little guy had, he
said, “something gorgeous,” slid his drawer

“Poachers got those down by Durban,” he gloated.
“‘Man murders proud pachyderms for beauty,’”
I sob. But I desired to squat on what he sold.

At Freedom Park, in weeds, I play my self, kneeling
on yellow terrycloth, bowing over a legal pad, ex-
pressing effort, at least, through my scowl, un

on nothing, couldn’t follow this red pen, glittering,
waving, up, down, there, here, squirrels crackling
songs out of golden fallen forest fallow. Groan!