Carl Sandburg was born, one of seven children of Swedish immigrants, in Galesburg, Illinois on January 6th, 1878. His father, August, had helped to build the first cross-continental railroad. But life in the Sandburg home was often difficult, with the two youngest sons dying of diphtheria in 1892.

Leaving school at the age of thirteen, Carl went to work at various odd jobs to help in the support of his family. At eighteen, with his father’s railroad pass, he traveled to Chicago, and in 1897 traveled as a hobo for three and a half months through much of the Midwest, working on farms, steamboats and railroads. The following year he volunteered for service in the Spanish-American war, serving in Puerto Rico. Free tuition to soldiers allowed him, after the war, to attend Lombard College in his hometown.

At Lombard, Sandburg was a student of the economist and poet, Philip Green Wright, who encouraged the young Carl to write and published his first small books on his Asgard Press, Incidentals, The Plaint of a Rose, and Joseffy. The first two books represent the young Sandburg as a poet of no great talent, influenced by various writers of the time, including Emerson and Whitman. 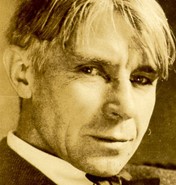 With his idealist sentiments, Sandburg joined the Social Democratic party in Wisconsin in 1907, remaining in the party until 1912. During this period the young poet published occasional poems, supporting himself, once again, through various jobs, including as salesman for Underwood stereopticon equipment. In 1908 he married Lilian Steichen, the sister of American photographer Edward Steichen, and her and her brother’s influences, along with his former teacher Wright, were recognized by Sandburg as the most important of his life.

During the years of 1910 through 1912, the Sandburgs lived in Milwaukee, where the poet helped the Milwaukee Socialists’ win an election. At the age of 32, Sandburg was appointed secretary to Emil Seidel, Milwaukee’s Socialist mayor. In 1911, Carl left his position to write for the Social Democratic Herald, and the following year, the family moved to Chicago, where he joined the staff of the Socialist newspaper, the Chicago Evening News. When that paper closed, he found work writing for various periodicals owned by W. E. Scripps.

Finding places to publish his poetry, however, eluded him until 1914, when Harriet Monroe’s journal Poetry published six of his poems. That publication brought him into contact with the Chicago literary circle, which included Edgar Lee Masters, Theodore Dreiser, Vachel Lindsay, Floyd Dell and others. Ezra Pound, the journal’s foreign correspondent, also took note of Sandburg’s contributions. Dreiser and Masters encouraged Sandburg to put together a book, and presented it to Alfred Harcourt, editor at Henry Holt and Company, which published the book, Chicago Poems, in 1916. 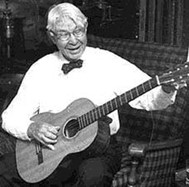 Cornhuskers of the following year was a celebration of agrarian life, but also contained a number of Sandburg’s war poems, which gained him further attention. By the time the book was published, however, Sandburg was in Sweden for a visit, continuing on in Europe as Eastern European correspondent for the Newspaper Enterprise Association. Returning to the United States, he went to work for the Chicago Daily News, writing on the city’s racial tensions, which went on to influence his views of the working man and woman in his next poetry publication, Smoke and Steel of 1920, which led to him to win the Poetry Society of America Award in 1921.

Despite the epilepsy plaguing his wife, Sandburg continued during this period writing as a journalist and working on his short fables composed for his children, The Rootabaga Stories, the first volume of which was published in 1922. His fourth volume of poetry, Slabs of the Sunburnt West, was published the same year to highly mixed reviews.

During the latter years of the 1920s and into the 1930s, he occasionally produced volumes of poetry—Good Morning, America (1928) and The People, Yes (1936), but his focus remained nonfiction works, including a study of his brother-in-law, Steichen, The Photographer, on Mary Lincoln, and other subjects. During this same period, Sandburg developed a close friendship with poet Archibald MacLeish, and the men began a dialogue about the poet and his social roles. Sandburg’s Complete Poems were published in 1953, and throughout the 1950s he worked also on his autobiography. His last book of poetry was Honey and Salt of 1963. He died in Flat Rock, North Carolina at the age of eighty-nine.

Hog Butcher for the World,

Player with Railroads and the Nation’s Freight Handler;

City of the Big Shoulders:

They tell me you are wicked and I believe them, for I have seen

your painted women under the gas lamps luring the farm boys.

And they tell me you are crooked and I answer: Yes, it is true

I have seen the gunman kill and go free to kill again.

And they tell me you are brutal and my reply is: On the faces

of women and children I have seen the marks of wanton hunger.

at this my city, and I give them back the sneer and say to them:

to be alive and coarse and strong and cunning.

Flinging magnetic curses amid the toil of piling job on job,

here is a tall bold slugger set vivid against the little soft cities:

Fierce as a dog with tongue lapping for action, cunning as a savage

pitted against the wilderness,

Under the smoke, dust all over his mouth, laughing with white teeth,

Under the terrible burden of destiny laughing as a young man laughs,

Laughing even as an ignorant fighter laughs who has never lost a battle,

Bragging and laughing that under his wrist is the pulse,

and under his ribs the heart of the people,

Player with Railroads and Freight Handler to the Nation.

For a reading of Sandburg's poem "Chicago" by actor Vincent Price, click below:

For a reading by Carl Sandburg of his poem Grass, click below

Becker sat in a chair and they killed him; I don’t care.

Becker hired pimps and dope-fiends to shoot a squealing gambler

at noon on a crowded street; I don’t care.

pinching them for croaking Rosenthal; I don’t care.

A lot of girls driven onto the night streets, driven into saloon

back rooms, driven to hangouts of thieves,

Tired of the coin paid ‘em in stores and factories, peddled

their bodies and legs and breasts to men for a dollar

and boosters, some of them took to coke and whiskey

And Becker, well, he went fifty-fifty with pimps, dicks,

landlords and politicians—God-damn Becker and all higher-ups

and go-betweens to wash blood off blood-money before it

On the dusk and the babble;

Handfuls that slept in the dust.

Tell off the years;

And they go back

Back to the sod,

To silence and dust;

When Abraham Lincoln was shoveled into the tombs, he forgot

the copperheads and the assassin…in the dust, in the cool tombs.

When Ulysses Grant lost all thought of con men and Wall Street,

cash and collateral turned ashes…in the dust, in the cool tombs.

Pocahontas’ body, lovely as a poplar, sweet as a red haw in November

or a pawpaw in May, did she wonder? does she remember?

…in the dust, in the cool tombs?

Take any streetful of people buying clothes and groceries, cheering

…in the dust…in the cool tombs.

Posted by Douglas Messerli at 1:56 AM