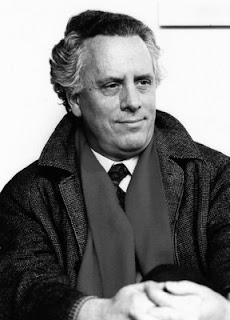 Antonio Porta (Leo Paolazzi) was born in Vicenza in 1935, lived most of his life in Milan, and died on a business trip to Rome in 1989.
In the early 60s he was one of the youngest members of the editorial staff of Il Verri and, with Corrado Costa and Adriano Spatola, also edited the poetry magazine Malebolge from 1964-1966.
In 1961 his poetry was included in the revolutionary Italian anthology, I Novissimi. He participated in the various manifestations of "Gruppo 63," as a linear and visual poet, and was one of the founding editors of Quindici in 1967. For many years he worked as an editor in the publishing industry, with such houses as Bompiani, Sonzogno and Feltrinelli, and was also the literary critic for the daily Il Corriere della Sera and a regular contributor to the weekly book review Tuttolibri.
In 1979 he edited the well-known anthology Poesia degli anni settanta, and, from its inception, was on the editorial board of the influential cultural tabloid Alfabeta.
Among his publications as a poet are: La palpebra rovesciata (1960), Aprire (1963), Cara (1969), Metropolis (1971), Week-end (1974), Quanto ho da dirvi (1977), Passi passagi (1980), Melusina (1987) and Il giardiniere contro il becchino (1988).
As a novelist his published work includes Partita (1967), Il re del magazzino (1978) and Se fosse tutto un tradimento (1981), while as a playwright he published La presa di potere di Ivan lo sciocco (1975) and La stangata persiana (1985).

Reprinted from Metropolis (Los Angeles: Green Integer, 1999). (c) copyright 1999 by Pasquale Verdicchio.
Reprinted by permission of Green Integer.
Posted by greenintegerblog at 10:31 AM