One of the great Spanish poets of the 20th century, Machado—along with international figures such as Federico García Lorca, Juan Ramón Jiménez, Jorge Guillén (PIP volumes 1 and 2), and Vicente Aleixandre (PIP volume 4)—is particularly revered in his homeland.

Born in 1875 in the Palacio de las Dueñas near Seville, Machado grew up in the lush Spanish landscape of Andalusia which would become a major subject of his poetry. His grandfather, Antonio Machado Núñez, was a doctor, science professor, and had been the governor of Seville. His father, a lawyer, was particularly interested in Spanish folk songs associated with the flamenco. His grandmother read to Machado and his siblings (which included Manuel, who also would grow to become a noted poet) ballads of Spanish history and legends.

In 1883 the family moved to Madrid, and Antonio was enrolled in the Instituto Libre, an institution noted for its freedom from the doctrine of church and state. As the two boys, Antonio and Manuel grew older, they began to pursue bohemian lives, involving themselves in various cultural endeavors. But in 1893, their father suddenly died, and two years later their grandfather. The family was suddenly near poverty, and the brothers were forced to work, working with Eduardo Benot on developing a dictionary of synonyms. 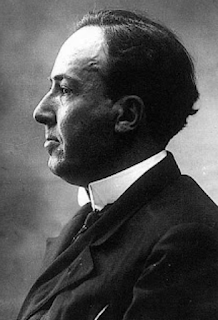 Both brothers traveled to Paris in the late 1890s and early 1900s to work as translators. The travel also helped to expand Antonio’s poetic interests, as he met the Nicaraguan poet Rubén Darío (PIP volume 1), Oscar Wilde, Jean Moréas and others. He began writing poetry with a volume of folk-related work, and then, in 1903, published what would become one of his major volumes of poetry, Soldades. Soldades, galerías y otros poemas followed in 1907. In this work Machado presented the short, intimate lyric that would be typical of writing. The themes were issues of memory and past time, relating to issues of Romanticism.
His friendship with Miguel de Unamuno led Machado to give up the semi-bohemian aspects of his life, and in 1906 finally secured a position in northern Spain as a French teacher. In Soria, the town where he taught, Machado made friends with local intellectuals and began courting his landlord’s daughter, Leonor Izquierdo, whom he married in 1909, when she was just sixteen.

In 1911 he received a fellowship for study in Paris. But in Paris, his wife, suffering from tuberculosis, began hemorrhaging. When she had partially recovered, they returned to Spain, where she died in 1912. Unable to emotional bear the memories of her death in Soria, Machado asked to be transferred to the Instituto in Baeza, near his native Andalusia.

The same year, he composed and published Campos de Castilla, which was highly successful, and brought him in contact with the poets who would later be described as the Generation of ’98, writers who transformed Spanish literature in the early 20th century. Indeed his book made him a major force in that group, and characterized many of the themes centering around the problems and goals of contemporary Spain.

Machado spent seven years in Baeza, years not altogether pleasant because of his loneliness and grief. But he did continue to develop his poetry, reading heavily in philosophy, and ultimately attending the college at the University of Madrid, graduating in 1918. In 1919 he grained a teaching position in Segovia, a town not dissimilar to Baeza, but which was closer to Madrid. And throughout the next decade he would travel between the two cities. With his brother, he adapted a play, Golden Age by Tirso de Molina and began to write other plays, the best of which, La Loa se va a los puertos was moderately successful. His poetic create also further demonstrated the his philosophical interests, particularly his 1924 Nuevas canciones (New Songs) and De un cancioner apóocrifo (From an Apocryphal Songbook) published in 1926.

In 1927 Machado was elected to the Spanish Royal Academy, but was never active as a member. In part, Machado had moved philosophically to a position in which he valued “otherness,” and at the same time had an relationship with a mysterious woman, Guiomar, expressed in an exaltation of love in his late poetry. In the early 1930s he also felt new hope for the political future of Spain, sharing the liberal values of his Madrid café associates. Conditions, however, soon began to disintegrate, and in the summer of 1936 the country was divided by civil war, with Germany and Italy joining the Franco led Nationalists, and Russia and other international idealists fighting for the Republican side. Sharing the Republican values, Machado was set at odds with his brother, who lived in the Nationalist stronghold of Burgos. Unable to remain in Madrid, he and his family moved to the Republican center of Valencia. There he wrote newspaper articles and corresponded with various political groups.

In 1939 Machado and his family were evacuated to Barcelona, where he continued, despite serious health problems, to write political essays and poetry in defense of the Republican cause. As the war moved toward Barcelona, Machado, sick with pneumonia and burdened with his elderly mother, attempted to travel with others to the French border. He could not finish his travels to Paris, and in late February he died, his mother dying three days after.

For a selection of poems, go here: https://www.poetryfoundation.org/poets/antonio-machado

Posted by Douglas Messerli at 12:28 AM

Yeah it is a great and nice article looking forward to have such article it is so useful.