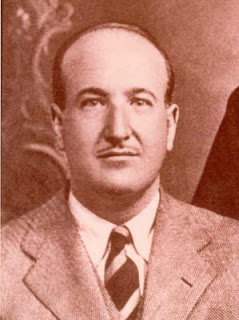 Born in Sevile in 1898, Aleixandre spent his early summers in Málaga, the place that spawned many of his later poems. In the early 1920s he moved to Madrid, participating in the discussions at the Residencia de Estudiantes, where many poets of his generation, including Federico García Lorca and Jorge Guillén, met and talked on a regular basis. But it was the poetry of Rubén Darío (see PIP, volume 1) that most influenced his early work, and stirred him to begin writing poetry as well.

His first poetry appeared in Ambito (Ambit) in 1928, after his friends had sent some of the works to José Ortega y Gasset's Revista de Occidente. Despite the obvious influences of other poets in these early poems, the work revealed many of the characteristics of Aleixandre's later writing.

Beginning in 1925, Aleixandre, having contracted tubercular nephritis, was secluded and had to curtail his activities. His second book, Pasión de la tierra (1935) (Earth Passion), is more clearly a result of his illness. Having recently read the works of Sigmund Freud and James Joyce, Aleixandre used various metaphors and similies through this work to present a sort of dialogue between eros and thanatos. Because of the Spanish Civil War, this important work, originally published in Mexico City, was virtually unkown in Spain until the mid-1940s.

Written in 1934, Mundo a solas (World Alone) was published in 1950. This is a much darker and pessimistic book in its presentation of mankind's loss of primeval innocence.

During the Civil War, Alexiandre remained in Spain, where his home was nearly destroyed in the battle of Madrid. Accordingly, at a time when other poets immigrated or were murdered, he stood as an important figure of the great "Generation of 27." He was awarded the Nobel Prize for Literature in 1977.

For an interview with Aleixandre (in Spanish), click here: http://www.youtube.com/watch?v=RsE9IvR4WeQ
Posted by Douglas Messerli at 9:38 AM

I have visited this site and got lots of information than other site visited before a month.