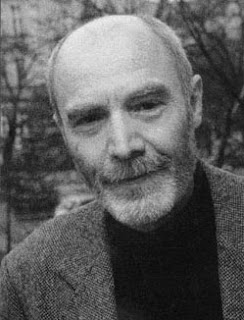 Born in Sankt Valentin in Austria in 1943, Ryszard Krynicki is considered one of the most important of contemporary Polish poets. Part of the group poets described as the "Generation of 1968, his early poems were characterized by a strong emphasis on image, as he portrayed a complex and nightmarish universe that grew out of Polish political events between March 1968 and December 1970. Yet, Krynicki's work—its dominance of chaotic and often dissociated series of events, can also be understood on a metaphysical level, wherein truth itself is unassertainable.

In his later poems, this sense of chaos was transformed into a world spiritual possibilities represented in stunningly simplicity. Believing poetry to be a shifting and alternating force, Krynicki often returned to his earlier poems, revising them in the context of his new vision of reality.

In 1975, Krynicki signed the "Protest of 59" document against changes to the Polish constitution, and associated himself with the political opposition; he was banned from official publication from 1976-1980. In 1976, however, he was awarded the Koscielski Prize.

Krynicki lives in Poznan, near Cracow.


The tounge, that wild meat
for Zbigniew Herbert & Mr. Cogito


the tongue, that wild meat, that grows in the wound,
in the open would of the mouth, that feeds on deceitful truth,
the tongue, that externally beating, bared heart, that naked blade,
a defenseless weapon, that gag, stifling
defeated uprisings of words, that animal tamed daily
by human teeth, that inhuman thing which grows in us and
outgrows us, that animal fed with the poisoned flesh of the body,
that red flag we swallow and spit out together with the blood, that
split in two surrounding us, that real lie that deceives,
that child, while learning the truth, truly lies

from generation to generation
its crew changes: the phantoms
of our affairs

from generation to generation
mutinies erupt aboard

because of bad meat
because of ideas poisoned by deceit

from generation to generation
bad meat is our food

Inhabitants of phantasmagoria,
we have long surpassed the speed of light,
we have turned on our planet
and transformed it into an unidentified flying object:

we have overtaken everything, even the future.

The faster we move into the future, the faster
we return and there is nothing
nothing we can change, nothing we can save:
we cannot save the pyre and the Holy Inquisition
from Joan of Arc, Giordano Bruno, Jan Hus,
force from the victims of force,
fascism from the fascists,
the nothingness of the future from the nothingness of the past,
nothingness from humanity, and we know
we can no longer stop to start from the beginning
or at least to stop for a while
before the inevitable meeting with our very selves:

He who chooses loneliness
in memory of Tadeusz Peiper

Posted by Douglas Messerli at 12:30 PM