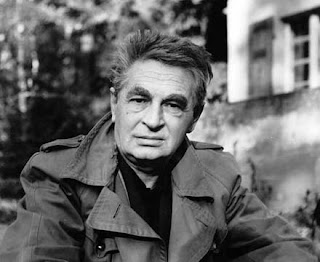 
Born in Lichterfelde, Berlin, Peter Huchel spent most of his childhood in the German country at the home of his grandfather Mark Brandenburg. And his poetry is infused with his love of the natural world around Brandenburg.

As a young man attended Humboldt University, the University of Freiburg, and the University of Vienna, studying philosophy and German literature. After school, he survived as a farm worker in France and traveled extensively through the Balkans and Turkey before returning to Berlin.

His first poems, which begin to appear in the 1920s, were associated with the German "Naturlyrik," which presents nature in loving detail and specific description. But gradually, through his social concerns of the poor and lower classes, Huchel's work moved to a more meditative writing on the nature of human existence and survival. This transformation came about, in part, from his serving as a conscript in the German army from 1940 to 1945. Huchel was sent to the Eastern Front, where he was captured by the Russians. At the end of the war, he was taken to the Soviet Zone of Berlin and worked for the radio station there.

His first published volume of poetry, Gedichte, appeare in 1948. In 1949, he became the editor of the East German journal Sinn und Form, which he helped to transform into one of the most controversial cultural journals in all of Europe. Publishing the likes of Mann, Sartre, Brecht, Brobrowski, and Neruda, the journal withstood the pressures of the Socialist government and represented an exciting interchange of idelogical positions.

But Huchel's refusal to remain within the Socialist Party programme ultimately gained attention, and in 1962 he was dismissed as the editor; the East German authorities refused to publish his poetry. His second volume of writing, Chausseen, Chaussen: Gedichte (Roads, Roads: Poems) was published in the West by S. Fischer Verlag in 1963. Other important volumes, such as Die nuente Stunde: Gedichte (The Ninth Hour: Poems), were also published by West German publishers.

In 1977 Huchel suffered a serious illness and was unable to finish his long awaited book of memoirs. He died in 1980.