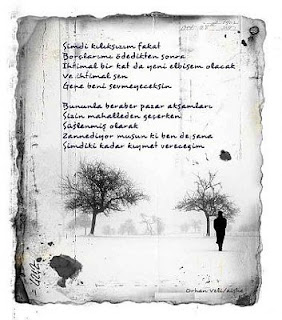 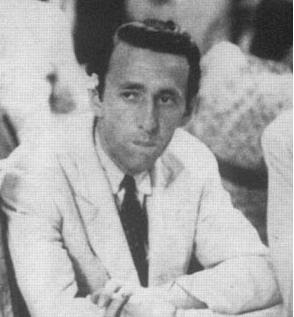 One of the original contributors to the Garip book, which served as the name ─ the "Strange" ─ for the generation of Turkish innovators including Meli Cevdet Anday and Oktay Ritay, Orhan Veli came to be one of the leading creators of modern Turkish poetry in the 1940s.

His life was that of a man seemingly living at the edge. A strong drinker, Veli fell into a coma in 1939 after an automobile accident; and a few days before his death in 1950, during one of his binges, he fell into a ditch, and lapsed again into a coma. Many of his poems, moreover, recount his numerous love affairs. But as translator Murat Nemet-Nejat points out, despite the personal of a romantic poet, Veli was in actuality a poet of the ordinary and daily life. Indeed Veli's poetry is often quite simple, but is alway imbued with a humor and an underlying spirit of self-irony.

Veli was educated in philosophy at the University of Istanbul, and then worked for the Turkish Post office and as a literary translator for the Ministry of Education. He also translated numerous French poets into Turkish, including Jules LaForgue and Jacques Prevert. His collected works were published in 1982.

I, Orhan Veli
The famous author of the poem
"Süleyman Effendi, may he rest in peace,"
Heard that you are curious
About my private life.
Let me tell you:
First I am a man, that is,
I am not a circus animal, or anything like that.
I have a nose, an ear,
Though they are not shapely.
I live in a house,
I have a job.
Neither do I carry a cloud on my head
Nor a stamp of prophecy on my back.
Neither am I modest like King George of England
Nor aristocratic like the recent
Stable keeper of Celal Bayar.
I love spinach.
I am crazy about puffed cheese pastries.
I have no eyes
For material things,
Really not.
Oktay Rifat and Melih Cevdet
Are my best friends,
And I have a lover,
Very respectable.
I can not tell her name.
Let literary critics find it.
I also keep busy with unimportant things,
Only between projects,
How can I say,
Perhaps I have a thousand other habits,
But hwat is the point of listing them all.
They just resemble these.

Possibly, right now,
He's thinking
Of Edith Almera
By a lake near Brussels.

Edith Almera
Is the first fiddle
In a gypsy orchestra,
Very popular on the nightclub circuit.

Curtsying to
Her applauding admirers,
She smiles.

Nightclubs are beautiful;
A person may fall
In love
With girls playing first fiddle there.

Do not listen, my coat, do not listen
To what the birds are telling you,
You are my confidante in life.

Who says
I've fallen for Süheylâ?
Who saw me, who
Kissing Eleni
On the sidewalk in the middle of the day?
And they say I took Melâhat
To alemdar,
Is that so?
I'll tell you about it later,
But whose knee did I squeeze on the streetcar?
Supposedly, I've developed a taste for the fleshpots of Galata.
I drink, get drunk,
Then take myself there.
Forget about all these, guys,
Forget, forget about them.
I know what I'm doing.

And what about me
Supposeldy putting Muallâ on a rowboat
And making her sing out loud, "My sould is yearning for you..."
In the middle of the harbor?


The Song of Istanbul

In Istanbul, on the Bosphorus,
I am poor Orhan Veli;
I am the son of Veli
With indescribable sadness.
I am sitting by the shore of Rumeli,
I am sitting and singing a song:

"The marble hills of Istanbul,
Landing on my head, oh, landing are the sea gulls;
Hot, homesick tears fill
My eyes,
My Eda,
Full of airs, my Karma,
[the fountain salt
Of all my tears.

In the middle of Istanbul movie houses,
My mother won't hear of my exile;
Others kiss
And tell
And make love,
[but what's that to me"
My lover,
My fever,
[oh, my bubonic river."

In Istanbul, on the Bosphorus,
I am the stranger Orhan Veli,
The son of Veli
With indescribable sadness.


How Beautiful It Is

I think that I shall always love this poet best of all.