Born in St. Paul, Minnesota, Kay Boyle grew up in Cincinnati, Ohio. Her father was a lawyer, and her grandfather had founded the West Publishing Company. Accordingly, the family was well enough off to travel extensively. Her education was sporadic, ending in her studies at Parson’s School of Fine and Applied Arts in New York and a few courses at Columbia University. She also briefly studied violin at the Cincinnati Conservatory of Music.

For a brief time she helped in the editing of Broom magazine, but in 1922 she married Richard Brault, a French born engineer, and with her husband she moved to France, where she lived from 1923 to 1941, well known among the American expatriate community.

In 1926 she was diagnosed as suffering from tuberculosis, and this news and her decaying relationship with Brault resulted in her moving to Grasse, France to live with Ernest Walsh, editor of the important literary magazine, This Quarter. Walsh died the following year, and Boyle, now pregnant, moved back to Paris, becoming active in the avant-garde circles of writers and artists. During this period and the early 1930s she published several books of fiction, including Short Stories (1929), Wedding Day and Other Stories (1930), and Plagued by the Nightingale (1931). Her first volume of poetry, Landscape for Wyn Henderson was published in London in 1931, and a second volume, A Statement was published in the U.S. the following year. 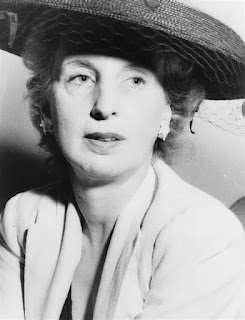 That same year, 1932, Boyle married Laurence Vail, the couple living not only in France but also in Austria and England. Two lyrical novels, Year Before Last (1932) and My Next Bride (1934), preceded her attack on Nazism, Death of a Man, published in 1936.

Boyle returned to the United States at the outbreak of war, divorcing Vail in 1943. The same year she married Baron Joseph von Franckenstein. Over the next few years, she published a series of novels about the German occupation of France and the French resistance to Nazi rule: Primer for Combat (1942), Avalanche (1944), and A Frenchman Must Die (1946). In 1947 she and her husband moved to Germany, with Boyle serving as a European correspondent for The New Yorker and her husband working in the U.S. Foreign Service. With the onset of McCarthyism, however, von Franckenstein was fired, and, back in the United States, Boyle herself was blacklisted for her participation in progressive movements. The Smoking Mountain: Stories of Germany During Occupation was published in 1951 and Generation Without Farewell in 1960.

After her husband’s death in 1963, she moved to San Francisco, teaching at San Francisco State University. Her memoirs, written with those of Robert McAlmon, were published as Being Geniuses Together in 1966.

During the 17 years Boyle taught at San Francisco State University, she was also involved with political activism. In 1966 she traveled as part of the “Americans Want to Know” fact-seeking mission to Cambodia. For her participation in sit-in protests, she was arrested twice and jailed for thirty-one days in 1967. But she also received numerous awards, including two Guggenheim Fellowships, two O. Henry Awards, and a 1989 Lannan Literary Award for outstanding achievement.

A new collection of poetry, Testament to My Students was published in 1970 and a final collection, This Is Not Letter and Other Poems in 1985. Her Collected Poems appeared a year before her death.

Her poems, often dedicated to friends and fellow authors, are often discursive and narrative, containing several juxtaposed forms within the poetic genre.

In Defense of Homosexuality

To fit the part the incentive
Must be more than casual
Rather a weakness at the very roots
An appetite which leaves one flat, an inability
To get into the dirt, thread worms upon a hook,
Wash a floor clean; a vacancy
Which cannot read a page without a recognition
Of the symmetry of the thumb lying along it;
A similarity of gesture as professional as the whore’s
And to the tough taste as flavorless
The loyalties of such are more perishable
Than the curst of an egg

A dislike of sweat and odor, of blowing the nose,
Of raising children clears the emotions to the hem of the garment only.
(O how sacred is the hem of thy garment hem of the eyelid hem of the hem
O how sacred art thou to me thou delicate-veined thou wild boy.
Benvenuto swathed in silks the limbs of his fresh one his virgin
And the boy went among the women as a girl and made free with them
And then told them that he was with child
And the women did lay their compassionate hands upon his belly
And upon his limbs and upon the flesh of his thighs
In commiseration, and then were their hearts rended with sweet anguish
And with terror as the rod blossomed in their fingers.)

By incentive is meant that fidelity to purpose
Which determines one to hold a parasol
Over tomato plants to shield them from the elements.
I prefer a rabbit neatly killed (to serve a purpose not create one)
Who under the knife blade peels like a ripe fig
The skin while still warm ripped in a piece from the royal satin flesh
Which it has lipped with intimate tenacity
Such a caress is worth a generation of these indecisions
We are asked to accept as celebrations of a genuine passion

Nor does this signify that man cannot be to man a complement
Rather than a reflection of his own devices
Or that one might surprise those generosities, not of the mind
But richer, warmer than, which women find it imperative
(but no less valid) to make use of.
Nor does this state an apprehension placing
Women as women, men as fairies with a finality
That permits no accident.

A cat is initiated by his mother’s lovers
A necessary preamble to the method and satisfaction of fathering kittens.
The human proceeds in the reverse direction
Establishing a home, hearth, fireside within those organs
Which respond like blind men to a lick of fire.
Put under glass come of them could be worn as cameos
Their femininity plumbed to the depths of
A tedious vocation as engrossing as bee-raising
And as monotonous to the outsider.

Not a land, or like other lands, with trees coming out and the grass growing,
Or of waters shriveling in the wind like the faces of old women;
But however the body turns there are days when the blood in the veins even
Flows to the north stars for warmth like the cold blood of a compass,
And nights which the birch moon drifting cold as Maine water,
And the Pleiades running like snipes’ feet on the rivers.
But whatever you asked of it, not the seeking or the finding of your own kind.
But the Indian, the silent ways of the old men you were asking;
Days with the sun worn thin as a `coon’s skin, deep creeks where salmon took the falls,
Coming to timber towns, the frontier and to England,
To barns where your grandmother danced with her lovers, with her young heels shining
like white apples in the dark;
Asking of history one Englishman not watching his own shadow,
Singing a false note, limping: one Englishman blind, naked, humming it out of tune,
To give you a taste for horseshoes and white eyes of miners;
Whatever you asked of it, not the mountain-kids of other countries,
To jump through the flames of bonfires, or the goats to return from the hills,
Running on their black hoofs to snuff the sugar from your palms;
Nor questions to tickle and flutter the stiff wings of the goats’ ears
As they titter together and slide their coarse eyes in their faces;
Not to go back into the hills and to see them, the beasts struck dumb in the bush,
Tentative, with their eyes in the darkness like the lights of tall houses,
And their tongues tasting the sweet night, and their horned teeth crunching the
thick leaves of summer,
Nor the jowls crying softly in the rain.

But to go back, to go back to another country, to go back
And to say from here I can see it;
Here and here a leaf opening, here the cherry-gum dripping,
Here a stream broken through, here and here a horse run wild.

Black cat, sweet brother,
Walk into the room
On cat’s feet where I lie dying
And I’ll start breathing regularly again.
Witch doctor for the dispossessed,
Saint tipping your halo to the evicted,
The world starts remembering its postponed loyalties
When I call out your name. I knew you hot nights
When you kept stepping
The light fantastic to music only the wretched
Of the earth could hear; blizzards
In New Hampshire when you wore
A foxskin cap, its tail red as autumn
On your shoulder. In the waters of the Sound
You jumped the ripples, knees knocking,
Flesh blue with brine, your fingers
Cold as a dead child’s holding mine.

You said it all, everything
A long time ago before anyone else knew
How to say it. This country was about to be
Transformed, you said; not by an act of God,
Nothing like that, but by us,
You and me. Young blacks saw Africa emerging
And knew for the first time, you said,
That they were related to kings and
To princes. It could be seen
In the way they walked, tall as cypresses,
Strong as bridges across the thundering falls.

In the question period once
A lady asked isn’t the integration a two-way
Street, Mr. Baldwin, and you said
You mean you’ll go back to Scarsdale tonight
And I’ll go back to Harlem, is that the two ways
You mean?

We were a race in ourselves, you and I,
Sweet preacher. I talked with our ancestors
One night in dreams about it
And they bade me wear trappings of gold
And speak of it everywhere; speak of it on
The exultant mountain by day, and at night
On river banks where the stars touch fingers.
They said it might just save the world.


What Parents Do Not Yet Know

The tree that lingers at the window is just sixteen,
And you, uneasy parent of its wanton ways,
Eavesdrop upon the whispering of three-fingered leaves.

The pale pink squirrel who dances in the nude,
Chattering of nuts, with eyes that see five ways,
Is not related to the tree’s anomalies, nor grieves

That you, tormented guardian of bark and roots
And leaves, must seek for words to ratify the pace.
You were once witness to departing wings that fled defiantly

One winter night; hear now the fragile music as it waves
Like ivy through the cawing of the crows. Not wasp, or cattle ant, or bee
Is hesitant, for each believes his paragon of industry is what
Transforms a tree to a child, and child to tree again (with softly whispering leaves).

“What Parents Do Not Yet Know”


Posted by Douglas Messerli at 1:21 AM