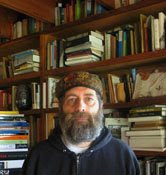 Born in New York City in 1943, Jonathan Geene graduated from Barnard School (now part of Horace-Mann) in Riverdale, New York in 1960. In 1965 he completed his university education at Bard College, writing a thesis on Hermann Broch and where he studied with Ralph Ellison. Greene studied poetry with Robert Lowell at the New York Writers Conference in 1961, and studied folklore with Alan Dundes at the University of California in 1963. Three years later, he moved to Kentucky, where he still lives.

Greene's first book The Reckoning in 1966, and over the next five decades would publish 28 full sized books and chapbooks, including poetry, essays, and letters. He has also published essays and translations in publications such as The Merton Annual and Rural Japan (Smithsonian) and his work has been represented in numerous anthologies, including The American Literary Anthology, New Directions Annuals 20 and 34, The Gist of Origin, Active Anthology, Bookworms, What Book!?, Home, and Clotheslines.

He has received fellowships from the National Endowment of the Arts, the Southern Federation of State Arts Agencies, and the Kentucky Arts Council.

Since 1965 Greene has edited and published over sixty books under the Gnomon Press imprint, including works by Robert Duncan, Wendell Berry, Cid Corman, Jonathan Williams, James Still, Jim Wayne Miller, and Robert Morgan. He worked for The University of Kentucky as Designer and Production Manager from 1967-1976. He continues to do free-lance book design and has won a number of awards in this field.

The Time We Live In

Yggdrasill,
Great Tree of the World.

beached on the edge of what we knew.

shaped in bowls
by master potters —

that, after years of use,
the simplest action,

the same as a hundred times before,
can suddenly shatter —

hidden fault lines
in the heart of things.


The Manufacture of Rain

As the rain starts
it is as if the first drops
are the hardest
to produce.

Some set up time is required,
minute calibrations, calculating
a storm’s severity so that the wrath
of God will be noticed.

Or tuned for the slightest drizzle
so a couple might need to
lean into each other
wordlessly declaring their love.

Once the engines have warmed up,
there is an ease to its repetition.
The walkers with eyes downcast.
The rain returning from foreign seas.

Snow on top of snow
and then more snow —
it seems by addition
snow subtracts our traces
and the busy tracks
go mute and the sun —
a pristine zero.

So much beauty evanesces
like foam lace
the incoming tide
is busy tatting.

But before you capture
one eyeful, it falls apart,
intermingles with what
the next wave brings.

An art with no staying power,
that makes no claims upon the world
and is not seen as art, wraps around
your ankles. One more thing

to make you love this world.

or the equivalent grandfather figures.

The Art of Invisibility


As a child, did I hide behind my parents not wanting to
shake the hands of stran gers? I was pushed forward.

In life I do not rise to the top as cream. Hidden in murky
waters (my own, the river we live on) after a storm.

Nominated for top prize, I drop off the honorable mention
list. After my name is spoken, it becomes a whisper, without echo.

Perhaps gesture is all? I could skywrite poems over vast
desolate tundra or write in invisible ink, be the only one
knowing what im mortal words had vanished.

Those I once knew well have a habit of faintly re mem ber ing
my name, nothing else. Or, not even that.

I will pass unnoticed, no burden to the chroniclers in later times.

Forget you ever read this.