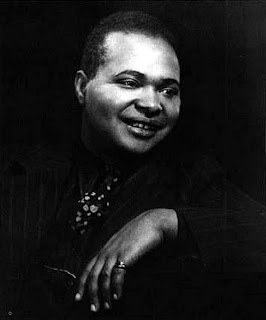 Born on May 30 in 1903, Countee Cullen’s birthplace is not certain, some sources citing Louisville, Kentucky, others Baltimore, and still others New York City. Little else is know about his early youth. In 1916, he was enrolled in school in the Bronx as Countee L. Porter, at that time living with his grandmother, Amanda Porter. After her death in 1917, he lived with Revered Frederick Ashbury Cullen, paston of the Salem Methodist Episcopal Church in Harlem. Although never formally adopted, he assumed the family name.

In 1918 he attended the exclusive, most white Dewitt Clinton High School for boys in Manhattan, receiving their Magpie Cup in recognition of his achievements, including work on the school literary magazine and newspaper. Already in high school he had begun to write poetry, and in 1921 he won first prize in a citywide contest sponsored by the Empire Federation of Women’s Clubs. He attended New York University for his bachelor’s degree and received his master’s degree in 1926 from Harvard University.

The year before his first collection of poetry, Color, was published by the prestigious publishing house of Harper & Brothers, and the book began to bring him national acclaim, receiving reviews in several journals. His second book, Copper Sun, published two years later, won first prize from the Harmon Foundation.

Editing an anthology of poetry by African Americans in 1927, Cullen became known as a major figure in the Harlem Renaissance. But Cullen, unlike some of the other poets of that group, wanted to reach out to white audiences, the fact of which brought him some criticism from within the black community. He defended his position in such statements as that published in the Brooklyn Eagle in 1924:

If I am going to be a poet at all, I am going to be POET and
NEGRO POET. This is what has hindered the development
of artists among us. Their one note has been the concern with
their race. That is all very well, none of us can get away from it.
I cannot escape it. But what I mean is this: I shall not write of
negro subjects for the purpose of propaganda. That is not what a
poet is concerned with. Of course, when the emotion rising out
of the fact that I am a negro is strong, I express it. But that is
another matter.

From 1926 to 1928, he was served as assistant editor to Charles S. Johnson’s Opportunity, for which he wrote a feature column, often insisting that African-American writers create work representative of their race, but not to be bound or restricted by it.

Despite the fact that Cullen was involved in gay relationships, including with Harold Jackman, to whom he dedicated the poem “Heritage,” he began a long courtship in 1928 with the daughter of black historian, novelist, and essayist, W. E. B. Du Bois, Nina. The wedding, performed by Cullen’s foster father, was one of the great social events in Harlem of the decade. The couple, however, were not compatible, and Cullen was forced to admit to Du Bois that he as sexually attracted to men. Nina sued for divoice.

Over the next several years, Cullen continued to write, but his fame was on the wane. In 1932 he published a novel, One Way to Heaven, and in 1935 Medea and Some Poems. By this time American experimentalists had made his rhymed and metered writing appear somewhat dated, yet he remained popular with both white and black groups, reading and lecturing throughout the 1930s. He also taught at several colleges and universities—Sam Houston College, Dillard University, Fisk University, Tougaloo College and West Virginia State University. As a teacher in the New York public schools he taught future novelist and essayist James Baldwin.

In 1940 he married Ida Mae Roberson, and began work on St. Louis Woman, a musical based on a novel, God Sends Sunday, by Arna Bontemps. Cullen died of complications from high-blood pressure while on work on this musical.

Some are teethed on a silver spoon,
With the stars strung for a rattle;
I cut my teeth as the black racoon--
For implements of battle.
Some are swaddled in silk and down,
And heralded by a star;
They swathed my limbs in a sackcloth gown
On a night that was black as tar.
For some, godfather and goddame
The opulent fairies be;
Dame Poverty gave me my name,
And Pain godfathered me.
For I was born on Saturday--
"Bad time for planting a seed,
"Was all my father had to say,
And, "One mouth more to feed.
"Death cut the strings that gave me life,
And handed me to Sorrow,
The only kind of middle wife
My folks could beg or borrow.
Posted by Douglas Messerli at 9:49 AM