Claude McKay was born in 1889 in the rural village of Nairne Castle, Jamaica when it was still a British Crown colony. The youngest of eleven children, he was the beneficiary of his father’s successful rise from a day laborer to a commercial farmer. His brother U. Theo, a noted schoolteacher who favored Fabian socialism and was a supporter of Aldous Huxley, and Walter Jekyll, An English-born scholar who compiled a collection of Jamaican folklore, saw to it that the young Claude received a free and liberal education. As a young man, McKay read a wide variety of literary figures from Villon, Baudelaire, Pope and Bryon to the Elizabethan lyricists, Goethe, Heine and Schopenhauer. Jekyll particularly encouraged his young student’s writing, and served as audience to his poetry. Through Jekyll’s support, a newspaper in Kingston declared McKay a Jamaican “genius,” and published several of McKay’s Creole-based poems. At the same time, McKay began to work as a constable outside Kingston, but feeling uncomfortable with the position, he quit the police force and returned to Clarendon in 1911, leaving, a year later along with numerous other black islanders to the United States. 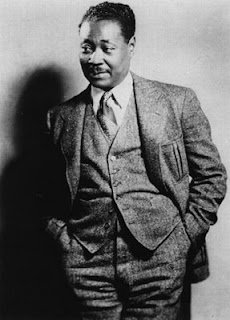 McKay stayed for brief periods in Alabama (where he attended the Tuskegee Institute and Kansas before finally settling in Manhattan in Harlem. After his lunchroom business failed along with his marriage, he worked as a head waiter on the Pennsylvania Railroad dining car; in the meantime he continued his associations with the literary communities of both Harlem and Greenwich Village, exploring both sexual and political liberation, discovering his bisexuality at the same time he explored radical political involvement. By 1917, he had begun to be published in leftist journals such as Seven Arts and the Liberator, edited by Max Eastman, who became an ally and financial backer of McKay. In 1919 he sailed for England and the Continent for two years, returning to Harlem as an editor of the Liberator. In 1922 he published his only American poetry collection, Harlem Shadows.

A trip to Moscow in 1923 to observe the Bolsehvik revolution gained him a reputation as a Communist sympathizer and began the FBI investigations into his activities which would result in extensive reports of his writing and work, which encouraged him to leave the US in 1922, and he lived for twelve years in Europe and North Africa. Throughout this period and into the 1930s, McKay wrote fiction, including Home to Harlem (1928), Banjo (1929), and Banana Bottom (1933). His short stories, Gingertown, were collected in 1932. He also continued to write essays and journalist reports on African American history and culture, including Harlem: Negro Metropolis (1940) and, in Russian, Trial by Lynching: Stories about Negro Life in North America.

In 1934, having denounced Stalin’s Soviet Union, he returned to the US, writing poems that reflected his religious involvement with Catholicism. He died of heart disease on May 22nd, 1948.

To have their daily feed,

Show you de place where I was born,

Of which I am so proud,

Ma say dat I be’n born to her

How I did lub my little wul’

An’ growin’ up, with sweet freedom

An’ tired out I’d hide me from

So glad I was de fus’ day when

Ma sent me to de spring;

I was so happy feelin’ then

Dat I could do somet’ing.

Soon I became a man,

An’ one day found myself among

Strange folks in a strange lan’.

My little joys, my wholesome min’,

Dey taught me what was grief;

For months I travailed in de strife,

‘Fo’ I could find relief.

But I’ll return again, my Will,

An’ where my wild ferns grown

An’ weep for me on Dawkin’s Hill,

Dere, Willie, I shall go.

An’ dere is somet’ing near forgot,

Although I lub it best;

Where my dear mother rest.

Remember that my heart is near,

An’ plant on it my fav’rite fern,

Which I be’n usual wear;

In days to come I shall return

To end my wand’rin’s dere.

The world in silence nods, but my heart weeps:

Each drop rolls on the earth’s hard face, then leaps

To heaven and fronts the idle guard that keeps

His useless watch before the august door.

My blood-tears, wrung in pain from my heart’s core,

Accuse dumb heaven and curse a world that sleeps:

For yester I saw my flesh and blood

Dragged forth by pale-faced demons from his bed

Lashed, bruised and bleeding, to a piece of wood,

Oil poured in torrents on his sinless head.

The fierce flames drove me back from where I stood;

There is no God, Earth sleeps, my heart is dead.

Your door is shut against my tightened face,

And I am sharp as steel with discontent;

But I possess the courage and the grace

To bear my anger proudly and unbent.

The pavement slabs burn loose beneath my feet,

And passion rends my vitals as I pass,

A chafing savage, down the decent street,

Where boldly shines your shuttered door of glass.

Oh I must search for wisdom every hour,

Deep in my wrathful bosom sore and raw,

And fine in it the superhuman power

To hold me to the letter of your law!

Oh I must keep my heart inviolate,

Against the poison of your deadly hate!

The Tropics in New York

Bananas ripe and green, and ginger-root,

Cocoa in pods and alligator pears,

And tangerines and mangoes and grape fruit,

Fit for the highest prize at parish fairs,

Set in the window, bringing memories

Of fruit-trees laden by low-singing rills,

In benediction over nun-like hills.

My eyes great dim, and I could no more gaze;

A wave of longing through my body swept,

And, hungry for the old, familiar ways,

I turned aside and bowed my head and wept.

Her voice was like the sound of blended flutes

Blown by black players upon a picnic day.

She sang and danced on gracefully and calm,

The light gauze hanging loose about her form;

To me she seemed a proudly-swing palm

Grown lovelier for passing through a storm.

But looking at her falsely-smiling face,

I knew her self was not in that strange place.

His Spirit in smoke ascended to high heaven.

His father, by the cruelest way of pain,

Had bidden him to his bosom once again;

All night a bright and solitary star

(Perchance the one that ever guided him,

Yet gave him up at last to Fate’s wild whim)

Day dawned, and soon the mixed crowds came to view

The ghastly body swaying in the sun

The women thronged to look, but never a one

Showed sorrow in her eyes of steely blue;

And little lads, lynchers that were to be,

Danced round the dreadful thing in fiendish glee.

Posted by Douglas Messerli at 2:57 AM