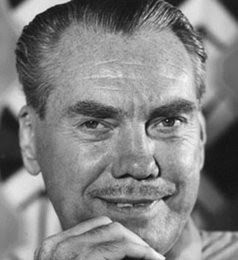 Born into modest circumstances in Hagstad Sweden, Artur Lundkvist was primarily self-educated; over the years he has learned to read over a dozen languages and has traveled extensively.
His first book of poetry, Glöd (1928, Embers) was a celebration of life, as were most of his works throughout the 1930s. But the 1936 book, Nattens broar (The Bridges of Night) and Sirensång (Siren Song) of the following year both represent the influence of Surrealism upon his work.
The years of World War II and after saw an increasing attention to narrative, expressed by Lundkvist brilliantly in the prose poem, particularly Agadir (1961), which describes the 1960 earthquake that struck the Moroccoan city.
Lundkvist also wrote extensively about his travel and brought back to Sweden his excitement about world writers such as William Faulkner, Pablo Neruda and Czesław Miłosz.
In 1968 he was voted a member of the Swedish Academy. In 1981 Lundkvist suffered a heart attack during a lecture and lay in a coma for sixty days. Upon his recovery, he wrote the hallucinatory experiences of the subconscious, Färdas i drömmen och föreställningen (1984, Journeys in Dream and Imagination).

I wish you a room papered with block prints from Ethiopia and a necklace made of snail shells still inhabited by purple snails, a wheelbarrow full of sunflowers and a pine brewing aromatic coffee outside your window.
It is in the painful summertime when the dogrose closes its eye, the hard summertime with the nests without eggs, when you shy away in the twilight under the whitebeams, when the brook whispers good night in the middle of the day, where you glimpse the too-white calf and the dog with his inside-out skin.
I wish you teeth of diamond, pain-free forever and eyes that bathe in the Titicaca of clear panoramas, I wish you a summerhouse made of playing cards and lilies of the valley and a black chest furnished as a little bar with neon lighting and a needle with eyes in both ends like two sisters with their feet towards each other in the same bed.
A woman formed in the sand was found in the morning covered with prints of birds' feet, the world's largest dog comes and licks the bird-shaped birthmark on your knee, a white raven writes the opening lines to your next poem, and a summer wave says it wants to carry you into November.
I wish you a bed with adjustable dream-wishes and a ladybug that embroiders in silver on black sheets, a butterfuly that flies out of Hans Christian Andersen's long nose and shows the way to a house made of grass in the forest, where all the hidden secrets turn inside out, where that which does not yet exist waits to be born, where disappointments are changed into fulfillment, and a rose keeps watch under your sleeping cheek.
Do you still stay with the bird that extends its wings without flying, the bird that sings about the egg inside the bird and the bird inside the egg, free in itself and prisoner in others, just as your enemy rests in you as your best friend as you wander restlessly about in the painful summer?
Finally I wish you a wing to carry you over stones and thickets, beyond stone throws and dog barks, beyond traps and shots, and lift you like a wing without dizziness high over the tree tops on your birthday.

—Translated from the Swedish by Diana W. Wormuth in collaboration with Steven P. Sondrup

There is nothing large or small except in our imagination. The tiger lets himself be frightened by a frog. The ant climbs directly into the crocodile's open jaws.
There is no up or down. That depends only on the situation we find ourselves in. He who stands on his head an hour a day knows that.
I, the master, say that. There is no wet or dry. The sea is its own desert, the desert its own sea. There are springs hidden in a grain of sand. There are deserts of dryness between the drops of the sea.
There is no good or evil. There is a chain which rattles past without end, its links are made up of good and evil and are interlocked with one another. If one destroys this chain, one destroys the world. I, the master, say that.
There is no round or flat, no globe or surface. Everything curves in on itself, we only notice that we do not notice.
Knowledge is a burden. Where there is knowledge, there is no liberation. Thought and feeling rest heavily over each other, alternately. He who knows cannot understand. He who feels cannot realize. He who sits cannot walk. Everything which is itself suffers for not being something else. The done is not undone, the undone is not done and can never become that.
I, the master, say that.
He who creates cannot rest. Creation continues and pulls its creator with it. The crime grows wider, but does not cease by widening.
A handful of emptiness would be able to dislodge the universe. But hwere could one get hold of a handful of emptiness?
The balance is delicate, but the balance's possibilities are far drawn out. A lapel pin can couterbalance a six-story building, a straw hat a full-grown elephant. It depends on their placement in relation to each other.
The boat sinks when the reeds hide it, no glances hold it up longer.
Naked man frightens the fur-covered animals, they do not recognize themselves in him.
The warrior carries his sword until it bores through him. The pious man carries his cross until it takes root in him.
The sick man carries health with him like a flask of water. The prisoner draws the cage around himself. The free man also dupes freedom and leaves it behind him.
I, the master, say that. There is no past or future. the past tastes of future, the future tastes of the past, like the same water at two different times of the day. Only the river exists, without beginning or end.

—Translated from the Swedish by Diana W. Wormuth in collaboration with
Steven P. Sondrup

It looks like an irregular globe or a kind of clumsy wheel left at the side of the road as if after an accident.
But when you come closer, you see that it is neither a globe nor a wheel but an unknown object you have never seen before. It has a certain resemblance to a book, seems to consist of tightly pressed pages which extend out in all directions almost in the form of a globe or a wheel.
You turn this book, globe, or book wheel over and over, all too interested to be able to leave it to its fate at once. It turns out to be alike on all sides, without the least opening between the pages, a completely closed book (if it is a book).
It is too heavy and shapeless to lift, possibly you could roll it with you, it even seems intended for that. If you could open it, it would be high enough so that you could read it comfortably sitting, while turning it around as your read.
But however you try, this book (if it really is a book) is still completely inaccessible, impossible to open, only page stuck to page, running around unchanging, and finally you must give up the hope of findng an opening where you can begin to read.
Then you get the idea of getting an axe and attacking the book, it's not going to slip away from you so easily. You chop and the axe blade fastens in the packed mass of paper, it si hard to get it loose again after each chop. When you finally manage to make an opening and get some bits of paper loose, it is a disappointment: only white paper and nothing to read!

—
Translated from the Swedish by Diana W. Wormuth in collaboration with
Steven P. Sondrup

Posted by Douglas Messerli at 8:41 AM