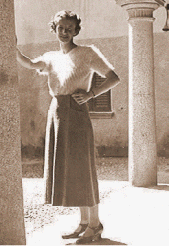 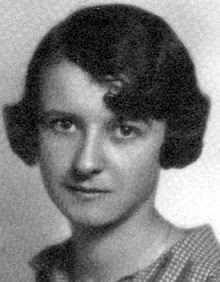 Born in 1912 into an affluent Milanese family, Antonia Pozzi grew up receiving an excellent education, attending good schools and traveling in both winter and summer to various resorts in England, France, Germany, Austria, Greece, and North Africa. Her father, Roberto Pozzi, was a lawyer, later appointed by the Fascist Party to be mayor of a Lombard village; her mother was related to the Romantic poet Tommaso Grossi, an associate of the 19th century novelist Alessandro Manzoni.

Pozzi attended the University of Milan in the 1930s, studying with philosopher Antonio Banfi, ultimately writing a thesis on Flaubert. Among her fellow students were future poets such as Vittorio Sereni and philosophers such as Enzo Paci.

She began teaching at a Milanese technical institute in 1937, performing volunteer social work and assisting in juvenile courts. The following year, however, she had an appendectomy which weakened her already fragile health, and by December of that year, after acquiring pneumonia and having drugged herself, she was found in the snow, nearly frozen, near the outskirts of Chiaravalle. She died the following day. Although the official report read otherwise, the apparent cause of death was suicide: she had left a note describing how her health had left her “unbalanced.”

Among her papers were found nearly a large number of poems, which her father selected and published in a private edition in 1939. Expanded selections were issued in 1943, 1948 and 1964.

I remember that, when I was in the house
of my mother, in the farmland,
I had a window that looked out
onto meadows; a distant wooded border
hid the Ticino and, farther away,
there was a dark strip of hills.
Then, I had seen the sea
just once, but I harbored
the bitter nostalgia of a lover.
Toward evening, I gazed at the horizon;
squinted my eyes; and with my eyelashes,
caressed edges and colors:
the strip of hills turned flat,
trembled, became blue: to me it seemed the sea
and I like it better than the real one.

—Translated from the Italian by Nick Benson

And so—if it happens that I go—
something of me
will remain
in this world—
a slight trace of silence
amidst the voices—
a frail breath of white
in the heart of blue.

And one evening in November
a slender little girl
on a street corner
will sell many chrysanthemums,
and the stars will be there,
frozen, green, remote.

Someone will cry,
somewhere—somewhere—
someone will look for chrysanthemums
for me
in this world
when, with no return, it happens that
I have to go.

—Translated from the Italian by Nick Benson

“Love of Distance” and “November”
Copyright ©2005 by Nicholas Benson. Reprinted by permission of Green Integer.

Posted by Douglas Messerli at 7:28 AM