Born in St. Petersburg in 1904, Alexander Vvedensky grew up with a mother who was a gynecologist and a father who was an economist. From 1917 to 1921 he attended high school, meeting Leonid Lipavsky and Iakov Drusky, who would become the major philosophers in his circle. From his teacher, L. V. Georg, the young boy learned of the latest developments in Russian poetry, including Futurism and other experimental poetries. He started at the university after high school, but soon dropped out.

His major poetic education took place at GNKhUK, the State Institute of Artistic Culture, headed by Kazimir Malevich, with research into zaum (sound) poetry by Igor Terentiev, for whom Vvedensky worked. In 1925 he and his high school friend, Iakov Druskin, became friends with the aspiring poet Danill Kharms, who was a student of the Futurist sound poet Alexander Tufanov, himself experimenting with theories of zaum thorough narrative time. For the next year and a half, Vvedensky, Nikolai Zabolotsky and Kharms sought to establish an organization that would unite all avant-garde and left-wing artist of Leningrad. The first of their radical projects, the theater company Radix, “experimenting in the area of non-emotional and plotless art and aiming to create a pure theater not subject to literature,” fell apart while rehearsing the Kharms and Vvedensky montage My Momma’s Got Clocks All Over. They also made attempts to join forces with Malevich, but after political denunciations in the press forced the closure of GINKhUK, Malevich left for Warsaw. In late 1927, they were offered a base at the Leningrad Press Club on the condition that they assume a new name, since the word “left-wing” sounded to authorities to be to close to Trotsky’s views. Thus was born OBERIU, a neologism standing for the Union of Real Art.

The same year, children’s writer and editor Nikolai Oleinikov invited OBERIU members to write for the State Publishing House for Children (DETGIZ). Vvendensky would later confess that he was attracted to children’s literature because it was non-political, allowing him to experiment with nonsense. Neither he nor Kharms achieved greatness as writers for children, but it allowed them to work on their more serious writing. 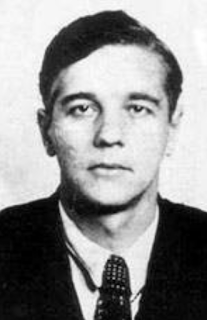 OBERIU was unable to publish most of their writings, but the organization to provide raucous performances in Leningrad clubs and educational institutions. Transpiring under nonsensical slogans hung for the occasion, the performances united poetry, theater, film, magic tricks, juggling, and general clowning around; they culminated in debates that often turned into shouting matches. The State’s tightening control over the arts, threatened these performances, however, and audiences grew increasingly hostile to their work. After an April 30th reading at Leningrad State University, OBERIU was forced to dissolve because of newspaper accusations of counterrevolutionary activity. The press also voiced accusations against their children’s writing. Vvedensky and Kharms were detained in December of 1931 along with other members of OBERIU. Vvedensky, suffering hard imprisonment, cracked under interrogation, naming others and admitting his guilt. He was sentenced to three years of internal exile, forced to remain away from major population centers. By 1933, however, both his term and Kharms’s was reduced, and they returned to Leningrad, allowed to write children’s books but not to compose poetry. The avant-garde movement was over, and they wrote privately only for their friends.

In 1936, Vvedensky met the woman who would become his third wife, and he moved with her to Kharkov, where he spent much of the day gambling and writing frenetically at night. In 1937, his wife gave birth to a son. A month later, Nikolai Oleinikov was shot, charged with being a Trotsyite, and Nikolai Zabolotsky was seized on a terrorism charge. Soon after the Nazi invasion of the Soviet Union in 1941, Vvedensky himself was arrested and shipped via a prison train from Kharkov. He died of dystentery while being transported. Kharms, arrested a month earlier, died in a prison asylum in February 2nd the following year.

Most of Vvedensky’s work has been lost—both his poems and his novel, Murderers, You Morons. Of the pieces that survived, the majority were saved by Iakov Druskin, who was also responsible for saving much of Kharm’s writings. In 1980, Druskin’s student, Mikhail Meilakh, published Vvedensky’s collected writings in the United States in the Russian-language publishing house Ardis. Vvedensky’s work was published in his homeland during perestroika.

in Russia’s Lost Literature of the Absurd: A Literary-Discovery. Selected Works of Daniil Kharms and Alexander Vvedensky, edited and trans. by George Gibian (New York: Norton, 1974); An Invitation for Me to Think, trans. by Eugene Ostashevsky and Matvei Yankelevich (New York: New York Review Books, 2013)

in pigments night has come

on a rug of stars it lies

is it night or a demon?

it is now aware

of the moon everywhere

animals are the ospreys of saints

the world flies around the universe

in the vicinity of stars

seeks a home a nest

there’s no nest a hole

the universe is alone

time will pass as poor as night

or a daughter in a bed

will grow sleeping and then dead

then a crowd of relations

will rush in and cry alas

good God on the precipice

and she entered paradise

there spun any which way

in vain, they perceived

there God languished behind bars

with no eyes no legs no arms

so that maiden in tears

sees all this in the heavens

appear out of night

this is so depressing

the dead maiden will say

what are you talking about

what O noon do you know

you press pleasure and Paris

then the wood howled

it spies through the tares

Mercury was in the air

bearing fish on a platter

bearing on their hands

ten fingers on a ladder

while all this went on

rose from the dead and forgot

you guys, I had a dream

what can it mean

dreams are worse than macaroni

they make crows double over

I was not at all dying

I was gaping and lying

I was so terrifying

a fit of lethargy

was had by me among the effigies

let’s gallop to the cinema

to satisfy her innermost

lights glint in the heaven

is it night or a demon

—Translated from the Russian by Eugene Ostashevsky

The Meaning of the Sea

to make everything clear

take walks in the woods

when you recognize fire

in a lamp a stove

fire ruler of the candle

what do you mean or not

where’s the cabinet the pot

over a piece of cake

babes in silence blow the trumpet

women cry on a pine-tree

in the cemetery of the skies

we look on in fear

the forest growls and waves its arms

it weakly whispers I’m a phantom

fields stand near a hillock

holding fear on a platter

barks are rowed across tables

here and there in the barks

we are in the presence of fun

I said this right away

either the birth of a canyon

or the nuptials of cliffs

we will witness this feast

from this bench this trumpet

as the tambourines clatter

skies will come and a battle

or we will come to be ourselves

in the goblets flowers rose

and our thoughts were soaring

our thoughts were soaring

our gods our aunts

our souls our breath

our goblets in them death

but we said, and yet

this rain is meaningless

into the stream all those who feasted

glasses flourish in the water

water homeland of the skies

showed to heaven our arses

sea time sleep are one

we will mutter sinking down

we packed our instruments

on the floor of the deep

we the host of drowned men

in debate with the number fifteen

will shadow-box and burn up

and yet years passed

some of us sank on the floor

another on dull seaweed

hung the laundry of his muscle

when the wave swings

another said my foot

is the same as the floor

in sum all are discontented

left the water in a huff

the waves hummed in back

horses galloped in the fields

shots were evident and tears

sleep and death in the clouds

all the drowned men came out

scratched themselves before the sunset

and rode off on a carriage beam

some were rich some not

I said I see right away

the end will come anyway

a big vase is brought this way

with a flower and a cymbal

for fun and pleasure

here I stand a bit sullied

glory be to heavens washed away

my oar memory and will

—Translated from the Russian by Eugene Ostashevsky

An Invitation for Me To Think

Let us think on a clear day

sitting down on stump and stone.

Us around flowers grew,

From the mountains tall and steep,

We were sitting at the moment,

we kept our eyes on them.

Us around the day shines bright,

underneath us stump and stone.

Us around the birds fluttered,

But where oh where us all around

We perceive the river partially,

Night, where are you in your absence

at this hour, on this day?

Art, what is it that you feel or sense,

being there without us?

Government, where do you stay?

Foxes and bugs are in the woods,

concepts in the sky above—

so, fox, is it far from dawn to dusk?

will the stream run a long distance

from the word understood to the word flower?

The fox will reply to God:

it’s all a disappearing road.

we hadn’t even time to see that minute,

and look God, fish and sky, that part has vanished

forever, it would seem, from our planet.

we can’t see the hour ago.

In a moment our

eye covers a little only.

And our hearing, down and out,

senses only one sound.

knows but a sad snippet of science’s whole.

it’s all very upsetting to us.

And that’s when we flew.

he’s made in a screech-owl’s likeness.

look, all around putter maidens blue,

why is it all boring and dark for you.

We’re tickled by what is unknown,

we see the forest walking backward,

yesterday stands all around today.

The star changes in volume,

We once happened to be

in the saltwater body of the seas,

where the waves let out a squeak,

we monitored the proud fish:

on the surface of the water,

we understood, life was burning out everywhere

from the fish to God and the star.

And the feeling of calm

caressed everybody with its arm.

you did not burst into tears.

The passerby addresses us:

The ruling night was just beginning,

we cried a century.

—Translated from the Russian by Matvei Yankelevich

“Snow Lies,” “The Meaning of the Sea,” and “An Invitation for Me to Think”


Posted by Douglas Messerli at 2:27 AM