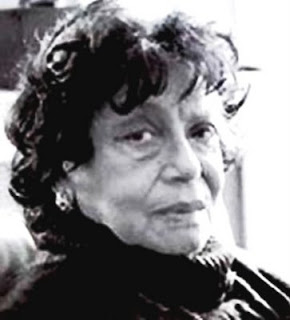 Born in Toay, a city near Buenos Aires, in 1920, Olga Orozco began writing a poetry associated with Argentine Surrealists such as Olivero Girondo [PIP Volume 4], Enrique Molina and Alejandra Pizarnik. Her themes were many, but a search for God in a fallen world dominated her poetry. She also had close affinities to the Spanish Nobel Prize-winning poet Vicente Aleixandre [PIP Volume 4], and often traveled to Brazil and Europe.
Her first book of poetry was Desde lejos (1946), but it is her second book, Las muertes (1952), centering on the deaths of various historical and imaginary figures, including the author herself, that brought her to greater attention. That book was followed with Los juegos peligrosos in 1962, La oscuridad es otro sol (1967), and numerous others over the next decades. She published nine major collections of poetry before her death, as well as collections of short stories and essays.
Among her numerous awards are the Premio Nacional de Poesia, the Primer Premio de Poesia Fundacion Fortabat, the Premio Gabriela Mistral of the O.E.A., and a grant from the Fondo Nacional de las Artes to study the occult and sacred in modern literature.
As translator Mary Crow has written of Orozco: “Olga Orozco was one of the most obsessive of contemporary poets, returning again and again to certain themes, images, and words, and mulling over the significance of her experience as if she were a Kabbalist reading the book of life and giving us her interpretations. Embedded in these interpretations we discover many events from Orozco’s life even though her poems appear focused on a cosmic rather than a human realm. Simply put, Orozco was a thoroughly human poet in her suffering and her passionate complaints and celebrations.”
Orozco died in 1999.