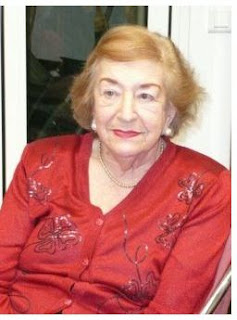 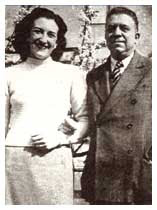 Born in Turin in 1924, Maria Luisa Spaziani began her poetry career in her early teens, when she completed an early draft of her later published work, Giovanna d’Arco (Joan of Arc). She founded the review Il dado (The Dice) while still a student. Her dissertation was on Marcel Proust.

Spaziani’s first book of poetry, Le acque del Sabato (The Sabbath’s Waters), was published in 1954, and received the Byron Award, beginning a pattern that was to continue throughout much of her life. Her second major of book of poetry, published in 1962, was Il gong (The Gong), which received the Firenze Prize; and her third major collection, Ultità della memoria (The Usefulness of Memory), won the Carducci Prize in 1966. In all, she has published some 17 books of poetry, as well as works for theater, prose writings, and translations of figures such as Marguerite Yourcenar, George Sand, Saul Bellow, Michel Tournier, and Jean Racine.

Spaziani has lived in Milan, Paris and Rome, and wrote for several newspapers throughout her career, including La Stampa. She also worked for Italian and Swiss radio and television. In 1977, she edited Dino Campana’s 1914 Canti orfici, a major text of Italian modernism.

Highly influenced by the poetry of Eugenio Montale, whom Spaziani met in 1949, she is the founder and president of the Centro Internazionale Eugenio Montale in Rome, and she presides over the prize given by that organization, the Premio Montale. Among other awards she has received are the Premio Viareggio in 1981 and Il Ceppo prize in 1990.

She had been nominated several times for a Nobel Prize in Literature before her death in 2014.