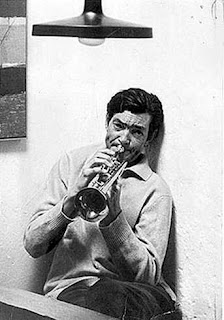 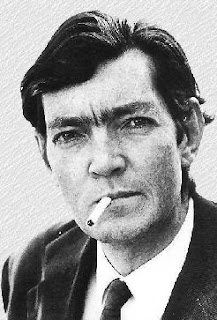 
Born in Brussels to Argentinian parents, Julio Cortázar grew up in Argentina, where he later worked as a school teacher, university professor and professional translator. In 1951 he moved to Paris, where he worked as a translator for UNESCO. He died in Paris in 1984.

Cortázar is best known as an experimental short-story writer and novelist. His novel Hopscotch is considered the seminal work of the Latin American “boom” of the 1960s. Other works of fiction include Blow-up and Other Stories (the title story later serving as the source for the film of the same name), 62: A Model Kit, The Winner, All Fires the Fire, A Manual for Manuel, A Certain Lucas, and Around the Day in Eighty Worlds.

Upon his death, Editorial Nueva Imagen of Mexico City published his collected poems, Salvo el crepúsculo, which consisted of a 339-page paperback with a variety of graphics, a deck of poems to be shuffled and “played” as a literary game.

The acclaimed Argentinean novelist and short story writer Julio Cortázar may always remain best remembered for Rayela (Hopscotch, 1963), his “flip novel” and “book-kit” of indeterminate sequentiality; but in addition to a prodigious narrative output, Cortázar wrote poetry quietly, though steadily, throughout his lifetime. Published posthumously in Mexico as one volume in 1984 under the title Salvo el crepúsculo, this eclectic but well-crafted collection has been pared down and gorgeously translated for the first time into English by Stephen Kessler for City Lights.

Kessler’s rationale for his somewhat traditional selection takes a page from Cortázar’s own avowed passion for playful disorder; quoting from the book’s “Preface,” Kessler notes that Cortázar advises his reader: “don’t begin, jump in wherever you can. No chronology, such a mixed pack that it’s not worth the trouble.” The translator feels justified in revealing that in choosing these poems, he, like Cortázar, has “favored his personal sentiments over any more objective standard of excellence.”
Lucky for us, then, that Kessler exhibits such good judgment and able handling of Cortázar’s colloquial Spanish throughout this gem of a small-format book (Number 53 in City Light’s Pocket Poets Series), whose cover greets its readers with an affectionate photo of the author sitting on the floor playing with a cat. Kessler’s middle-ground approach to Save Twilight dispenses the original Spanish text’s line drawings and pictures of rhinos, turtles, starlets and the like; the few pieces written in French and Italian, as well as the handwritten ones; many rather canon-conscious poems on classical themes and literary forbearers; Cortázar’s ludic repetition of a poem, and whatever other efforts might have displeased more conventional audiences (or typesetters).
Instead, Kessler opts wisely to focus on Cortázar’s one-page, free verse works, although the occasional sonnet or piece in syllabic meter does appear, as does a handful of judiciously arranged prose poems, which punctuate Cortázar’s meditations on love, time, the gods, Buenos Aires, and the Argentine political situation, with their ironic reflections on the nature of what might be called the “poetry industry.”
The reader may be surprised to find so many pieces centering on the devastation of separation from this most postmodern of authors, yet these efforts compose the bulk of Save Twilight. After his lover’s departure in “El breve amor” (“The Brief Love”), for instance, the speaker wonders: “So why is / what’s left of me, afterwards, / just a sinking into ashes ‘ without a goodbye...?” The mistreated lover in the sardonically titled “Liquidación de saldos” (“Clearance Sale”) similarly realizes “I’m barely a bubble / reflecting you, which you’ll burst / with the blink of an eye.” So keenly felt throughout the volume is this pain at the loss of shared heightened experience, not necessarily erotic, that two poems, “Haben, tienen tres minutos” (“Speak, You Have Three Minutes”) and “Estela en una encrucijada” (“Stele at the Crossroads”), feature speakers who imagine their lovers experiencing their own experiences without them. It may well be the fear of encroaching age and impending death which prompts the speaker of “Policronías” (“Polychrony”) to obsess wryly: “It’s incredible to think that twelve years ago / I turned fifty, no less,” while self-consciously tossing off this muted accusation at his lover: “When your hand explores my hair / I know it’s looking for gray / surprises.”
For those acquainted with his better known narrative oeuvre, a more familiar Cortázar will be found in the author of “Crónica para César” (“Chronicle for Cesar”), whose speaker declares that the titular figure “shall build a great city” where all things “shall praise [his] name,” before revealing that these professed beliefs of grandeur will be mere delusions, since “[n]one of this shall pass beyond the walls of [his] room.” This motif of reality confined to consciousness plays itself out again in “El héroe” (“The Hero”), whose medieval warrior envisions glory in hard fought battle until the final stanza, which reads:

Then he’s not so sure,
maybe the goal isn’t really a beginning;
and at the end of the street
that looked so beautiful
there’s nothing more than a withered tree
and a broken fan.

Two cynical poems about the nature of the divine, “Los dioses” (“The Gods”) and “A un dios desconocido” (“To a God Unkown”), the latter which ends: “Whoever you are / don’t come. / We’d dump on you, garbage, made / in our nylon and orlon / image, Jahweh, God of mine,” are elsewhere balanced by the even-tempered secular bent of “Distribución del tiempo” (“Time’s Distribution”), which optimistically declares: “Every day we’re more, we who believe less / in the utilization of humanism / for the stereophonic nirvana / of mandarins and esthetes.
Kessler’s translations in Save Twilight are uniformly excellent, and always manage to transform Cortázar’s argentinisms into a natural-sounding English. One might quibble about his reluctance to render fixed stanzaic forms, such as the sonnet, or the few seven- and nine-syllable lines scattered sparsely throughout the volume into their metrical equivalents (with or without rhyme), but Kessler does ably handle the syllabic exigencies of “Ley del poema” (“Law of the Poem”) out of necessity, since the piece self-referentially thematizes the “perfect poem’s need for “precisely nine syllables per line.” The reader of this fabulously entertaining edition may wonder whether these poetic licenses would have upset a poet who writes in “Un amigo me dice...” (“A Friend of Me”): “Anyway, the only thing that really matters today in Latin America is to swim against the current of conformity, the received ideas and the sacred cows, which even in their highest forms play along with the Big System.” On the contrary, Cortázar would undoubtedly have approved highly of Kessler’s superior work. “[A]t least there doesn’t seem to be any risk in taking this all too seriously,” Cortázar writes serio-comically in “Poemas de bolsillo” (“Pocket Poems”), where his prose-poetic persona restates his “[m]istrust...of the anthological.” After all, as he so pointedly phrases it at the close of “Un amig me dice...”: “I never wanted butterflies pinned to a board.”
Posted by Douglas Messerli at 1:55 PM