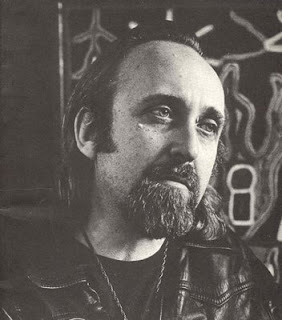 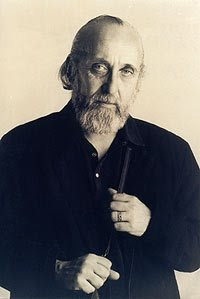 Born in New York City in 1931, Jerome Rothenberg graduated from the City College of New York in 1952, and the following year received a Master’s Degree in Literature from the University of Michigan. He spent the years 1953-1955 in the United States Army, stationed in Mainz, Germany, and returned for further graduate studies and occasional courses under the GI Bill at Columbia University.


His first published work was a group of translations from the German, which appeared in a 1957 issue of The Hudson Review. The following year, Lawrence Ferlinghetti of City Lights asked Rothenberg to assemble and translate a collection of postwar German poetry, which was published in 1959 as New Young German Poets, wherein the poetry of younger German language authors such as Paul Celan, Günter Grass, Helmut Heissenbüttel, Hans Magnus Enzensberger, and Ingeborg Bachmann first appeared.


Rothenberg’s interest in the relationship between “primitive” and modern poetry led to the development of an anthology of primitive and archaic poetry, Technicians of the Sacred (1968). This work, along with several of the later Rothenberg anthologies, attempted to redefine the range of primitive poetry, presenting not only words of songs, but picture poems, sound poetry, naming poems, dreams and visions, and scenarios of ritual events. With the completion of this work, Rothenberg directed his attention to what he named ethnopoetics and began a study of Seneca Indian songs at the Allegany Reservation in Steamburg, New York, supported, in part, by a grant from the Wenner-Gren Foundation in Anthropological Research for an experimental translation of American Indian. His years with the Senecas also resulted in a book of his own poems, A Seneca Journal, and an anthology of North American Indian Poetry, Shaking the Pumpkin.


Rothenberg's American indian translation involved a collaborative translation between Rothenberg and Seneca song-men and the translation of a series of Navajo horse-blessing songs with the assistance of ethnomusicologist David McAllester. In this effort, Rothenberg began to develop an approach he termed as “total translation,” meaning that he attempted to account in the English version for every element in the original language, including the so-called “meaningless” vocables, word distortions, and redundancies. The result of this research was featured in, Shaking the Pumpkin: Traditional Poetry of the Indian North Americas (1972).


His interest in American Indian and other tribal-oral poetries led to the development of a magazine, Alcheringa, the first journal devoted exclusively to ethnopoetics, edited by Rothenberg and Dennis Tedlock from 1970-1976. After 1976 he continued the work of Alcheringa in his own magazine, New Wilderness Letter. Concurrent to this interest were his explorations of his own ancestry and the lost world of Jewish Poland in a series of poems which culminated in A Book of Testimony (1970), Esther K. Comes to America (1973), and Poland/1931 (1974).


With George Quasha, Rothenberg published America a Prophecy in 1973, an anthology that attempted to redefine the past and present of American poetry over an expanse of time and cultures. A follow-up to that volume, Revolution of the Word: A New Gathering of American Avant-Garde Poetry 1914-1975, appeared in 1974, and in that same year, he received a Guggenheim Fellowship, and two years later, a grant from the National Endowment for the Arts.


In 1978 he published A Big Jewish Book: Poems and Other Visions of the Jews from Tribal Times to the Present (republished in a shorter version, Exiled in the Word). Co-edited by Harris Lenowitz and Charles Doria, this volume broke new ground in the fields of poetry and history, providing a unique history/anthology of Jewish consciousness in the form of poetry and oral traditions.


Rothenberg’s next major anthology, Symposium of the Whole: A Range of Discourse Toward an Ethopoetics, was co-edited by his wife, Diane Rothenberg, in 1983. This work traces an ongoing course of poetic thinking that has influenced the art of modern times, from Vico, Blake, Thoreau, and Tzara to contemporary poets and thinkers.


During these years, Rothenberg also taught in various universities and colleges throughout the country, finally joining the faculty of the University of California, San Diego in 1988. In the past twenty-five years he has published many more volumes of poetry, including Vienna Blood (1980), That Dada Strain (1983), New Selected Poems 1970-1985 (1986), Khurbn and Other Poems (1989), Gematria (1993), Seedings and Other Poems (1996), A Paradise of Poets (1999), A Book of Witness: Spells & Gris-Gris (2003), and Triptych (2007). He has also continued to translate major international poets and dramatists, including Rolf Hochhuth, Federico García Lorca, Kurt Schwitters, Vítěslav Nezval, and Pablo Picasso. With co-editor Pierre Joris, Rothenberg has also edited a two volume international anthology, Poems for the Millennium: The University of California Book of Modern & Postmodern Poetry (1995, 1998) and a nineteenth-century prequel (2009), co-edited with Jeffrey Robinson. He also co-edits a series of international poets (Poets for the Millennium) for the University of California Press. Most recently, he edited, with John Bloomberg-Rissman, a new anthology, Barbaric Vast and Wild: A Gatherilng of Ourside and Suberranean Poetry from Origins to Present (2015). Over the years he has won four PEN American awards for his poems and translations and the Alfonso el Sabio Award for Translation. In 2004 he translated, with Pierre Joris, poems of Pablo Picasso, The Burial of the Count of Orgaz, and Other Poems. An early book of poetics, Pre-Faces, was published by New Directions in 1981, and a book of later writings, Poetics and Polemics 1980-2005, appeared in 2008 in The University of Alabama Press's Modern and Contemporary Poetics series. He has also been a relentless performer of poetry and has written on the poetics of performance.

Flesh down to bone
a feeble skin
that barely covers her,
her empty mouth
pushed up against her nose,
her eyes shut tight,
the two who kneel beside her,
sister crones,
squat bodies hoisting brooms,
what do they spin
so finely?
In a corner of the room
the bodies of dead babes
are hanging,
little molls like little dolls,
the chins of children
sickly prickly
strings attached
to fingers. Elsewhere
in Goya's world
crones suck the juice from
babes jaws loose
& braying
ancient beings tucked in cowls,
in coils,
a basket at their feet
filled with babe's bodies.
It is too late
too late,
the bodies hang no longer,
all have fallen,
the women pass a dainty
box from hand to
hand, their fingers
dig down deep,
they slip the bones,
the little seeds,
between their lips,
into their gullets,
always still more to suck,
still always hungry.


From A Third Book of Concealments: Two Poems

The Resort to Amber

[1] small birds in fragmentsoverhead the lapse of what
was once a landscape,
terminal its name
& frequent
the resort to amber.
[2] Faces flash across
the screen they vanish,
so little to report
or scan,
the harsh facts
frozen under thumb,
prone to return
& numb you.
[3] Alphabet is blesst,
the source of
everything we know,
its spell a power
& a curse.
[4] The short way out
is through
the middle door,
the street
below, the garden
to one side,
a line of stones
whose particles are toads (C. Smart)
polished & clean.
[5] The flies over your heads
are feckless buzzing barely
until they die.

Differences are good,
writes Hölderlin,
a yellow lake,
a cairn of senseless
stones, embellishments
too old to keep
in mind, the voices
spinning in the air
of distant speakers.
They will have made
your day, not
for the first time,
omnipotent but wistful,
who have dug
their heels, weary
with marching,
into your carpets.
Listening, alive
& careless,
the news brought
to your screen
void of content
that will further conceal
what afflicts you.
The darkness more than
half the universe,
a word like shiveredcan’t contain it.
March in time.
Retreat.
A loss of place.
Surprisingly.
Reclining.
Only death will set us free.
[The third section of A Book of Concealments focuses on voices from the Romantic past & present, beginning with a poem not printed here: “Romantic Dadas.” The occasion was the gathering by Jeffrey Robinson & me of Poems for the Millennium, volume 3: The University of California Book of Romantic & Postromantic Poetry. Other unattributed quotations (in italics) are for the most part variations of lines & words from earlier poems of my own.]

I have visited this site and got lots of information than other site visited before a month.