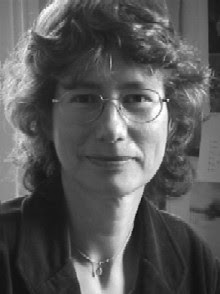 Born in Chesterfield, Derbyshire in 1952, of English and Dutch-Indonesian parents, Frances Presley spent her childhood in Derbyshire, Lincolnshire and finally in Somerset. She grew up in the country and had freedom to roam, although the agribusiness was already changing the landscape.
Her defining moment in poetry came in 1969 when she first read Ezra Pound’s “Lustra.’” Her poetic and political interests developed as an undergraduate in the 70s at the University of East Anglia, studying American literature and history. She spent a year in the United States at Franklin & Marshall College and studied contemporary American poetry. Her MA thesis at the University of Sussex compared Ezra Pound and Guillaume Apollinaire, and their response to the visual arts. It was followed by research in modern French poetry and surrealism at the University of Neuchatel. Returning to UEA, she completed a critique of the contemporary French poet Yves Bonnefoy, and of “logocentrism” in French poetry.
In 1980 she moved to London to work as a librarian, and later specialized in research and information for community development and women’s issues. She now works part time for the national Poetry Library. She joined a housing co-operative in North London, which is where she still lives.
Although she had been writing throughout the 70s, and publishing in university arts magazines, her writing and performance came into focus in the late 80s. She took part in the SubVoicive readings in their various incarnations, and it was through these that she met her partner Gavin Selerie. She was a member and later coordinator of the Islington Poetry Workshop. She was also involved in the small press North and South, with Peterjon and Yasmin Skelt and David Annwn, which published her first collection of poems and prose: The Sex of Art.
In the early 90s she established her own small press, the Other Press, and published her second book Hula Hoop. Ian Robinson, of Oasis Books, published her third collection, Linocut in 1997. She embarked on a major collaboration and performance with the artist Irma Irsara, based around the fashion industry and women’s clothing (Automatic cross stitch, Other Press, 2000). She also collaborated on a simultaneous email text with the poet Elizabeth James – Neither the One nor the Other (Form Books 1999).
Somerset Letters (Oasis, 2002), which began as a collaboration with the poet Elaine Randell, experiments with prose, as well as exploring landscape and rural society. The sequence Paravane originated with discussions on the How2 editorial board post 9/11, but then examines the IRA bombsites in London: it was published in New and selected poems from Salt, 2004. She is currently working on another Somerset sequence with the poet Tilla Brading, which retraces Neolithic stone settings through visual experimentation and the writings of women archaeologists.
She has written various reviews and essays about her poetic practice and that of other women poets.
Of her own writing, Presley has remarked: “I have been influenced by my research in surrealism, and by its techniques, such as automatic writing; secular litany; and the exquisite corpse. One method of altering the tension between compression and expansion, as well as providing an escape from individual set pieces, is that of collaboration, particularly the kind of active collaboration favoured by the surrealists, and within a feminist poetics. From compression and reduction we arrive, however briefly, at conversation, intimacy and the open text. I am grateful to all the poets I have collaborated with, especially Elaine Randell, Harriet Tarlo, Elizabeth James and Tilla Brading.
Visual art has always played an important role in my writing and research. It was the subject of the title section of my first collection, The Sex of Art, which included a tribute to Judy Chicago’s dinner party. It also had an increasing effect on my writing practice, through collaboration with artists such as Irma Irsara; and, in terms of the visual potential of the page, through the influence of poets such as Kathleen Fraser and Susan Howe.
Another dominant aspect of my work which ultimately derives from Pound, but which has developed along its own trajectory, is the cross-cutting of styles and genres. It is sometimes referred to as hybrid writing. This has been particularly important to me as a way of undercutting the danger of poetic form which can be both hypnotic and self-deluding in its harmony. David Annwn has described its effect as calmly subverting ‘senses of enclosure or walled hierarchy in language’.”