Artist, photographer and poet Demosthenes Agrafiotis was born in Greece in 1946. His poetic focus has been on the intersecting aspects of his various arts.
From 1980-1990 Agrafiotis edited a series of seven book-art objects with the 60 issues of his bulletin of art, Clinamen. In 1991-2004 he edited to further magazines of the “Clinamen) on Erato Editions. It is now a web magazine that continues to publish books in collaboration with other artists and non-artists: http://www.thetis.gr/services/clinamen 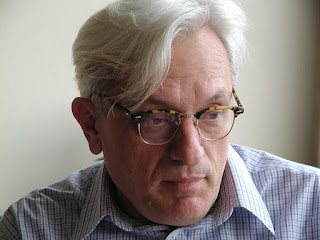 Agrafiotis has also published essays on culture and art, published numerous books of poetry and participated in a number photography and art exhibitions. His work is known throughout Europe and has been published in several languages, including English, French, Italian, German, Danish, Japanese, Spanish, and Portuguese.
Although much of his work appears as more standardized poetry, he is perhaps most interested in visual and concrete poetic work, particularly in works inspired by the Fluxus movement.
In English his work Maribor has appeared on The Post-Apollo Press (awarded the 2011 Northern California Book Award for Poetry in Translation) and Chinese Notebook published by Ugly Duckling Press. Green Integer recently published his art-poetic manuscript, Writing Dimensions on PDF in 2013.
Agrafiotis is based in Athens.