Born on April 22, 1934, Joseph Ceravolo was the son a family of Italian immigrants living in the Queens, New York. 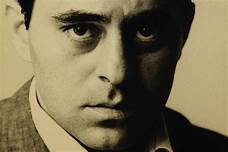 For much of his early life, Ceravolo worked as a civil engineer, meeting his wife, Rosemary while stationed in Germany in the late 1950s. Together they had three children, Paul, James, and Anita.
Ceravolo also became interested in poetry, studying writing with Kenneth Koch at the New School for Social Research in New York. Beginning in 1957, he began publishing poetry that was linked to the second generation of the New York School, which included figures such as Bernadette Mayer, Bill Berkson, Clark Coolidge, Ron Padgett, Ted Berrigan, Anne Waldman, and Lewis Warsh. Although many of these figures wrote poetry that included distorted syntax, elisions, juxtapositions, fragments and other aspects of parataxis, Ceravolo's work was more lyrical and less conversational than several of the others; rather than reflecting the urban landscape, the poet's work—influenced by figures such as Walt Whitman, William Carlos Williams, E. E. Cummings, and Asian and Native American poetry—was often focused on the natural world. Like Coolidge, Ceravolo's work might be said to serve as an important link between the New York School writers and the later L=A=N=G=U=A=G=E poets.
Throughout most of Ceravolo's writing there is a sense of the wonderment of the world, exemplified by exclamation and syntactical abstractions. His punctuation is closer to Cummings than any other New York School poet.
His first book, Fits of Dawn, was published by "C" Press in 1965, floowed by Wild Flowers Out of Gass, and what was perhaps his masterpiece, Spring In This World of Poor Mutts, winner of the Frank O'Hara Award for Poetry in 1968. Othr books included INRI, Transmigration Solo, Millennium Dust, and a book selected poems, The Green Lake Is Awake, published in 1994 after his 1988 death of cancer. His work was also widely anthologized.
BOOKS OF POETRY


For a selection of taped readings by Joseph Ceravolo, click below:
http://writing.upenn.edu/pennsound/x/Ceravolo.php


For a selections of his poems and other materials, click here:
http://www.josephceravolo.com/

Spring in This World of Poor Mutts


I kiss your lips
on a grain: the forest,


the fifth, how many do
you want on here?
This is the same you
I kiss, you hear
me, you help:


(A disintegrated robot)
over us.
We are mortal. We ride
the merry-go-round. A drummer like
this is together.
Let's go feel the water.
Here it goes!


Again and it's morning "boom"
autumn
"boom" autumn
and the corn is sleeping.
it is sleeping and sweating
and draws the beautiful
soft green sky.


Walk home with the
animal on my shoulder
in the river, the river gets
deeper   , the Esso gets
deeper; morning,
morning,
cigarette,
family and animal
and parents along the river.
Oh imagination. That's how I need you.


A flying duck or an antler refrains.
The small deer at the
animal farm walk up
to us.


A waterbug comes into
the bathroom.
The north sky is all frozen over
like a river.
Like a pimple a waterbug
comes into us
and our lives are full
of rivers. Heavy waterbug!


This is the robot and he
continues across the street.
Looking at a bird
his penis is hanging down;
a wind for
its emotions.
I don't want to sleep.
The cold around my arms.
Like an iron lung.
As sleep comes closer to the robot's
emotion. Iron.


Chrome gladly press.
Between me, my wings. listen as
the fireflies organize.
O save me, this Spring, please!
Before I hurt her
I hurt her only life
too much
and it carries in this
iron bug crawling all around.
Is this Spring?
and it carries me,
iron bug, through the Spring.

Glad to see some more attention for Ceravolo. I keep hearing rumors of a Coffee House collected poems-- which would be great since my Xerox copy of Fits of Dawn is wearing out.
Best,
James Sanders

I've found out about this guy..we have the same last name..no joke. Is it possible he's a long lost relative..?