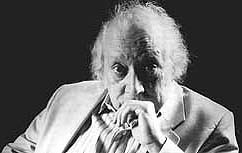 Juan Sánchez Peláez was born in Altagracia de Orituco in the state of Guárico, but his family soon moved to Caracas, where he was educated and lived most of his life. He attended university in Santiago, Chile where he befriended the poets of the radical surrealist group Mandrágora. He published his first poems in their magazine and it was through this encounter that his life-long interest in surrealism began. He was deeply influenced by his readings of French poets such as Rimbaud, Éluard, Michaux and Césaire.

Sánchez Peláez’s first book Elena y los elementos had a profound effect on Venezuelan poetry, outlining a distinctly Venezuelan form of surrealism that was very influential on the generation of avant-garde poets who emerged in the 1960s. During the 1950s Sánchez Peláez lived for several years in Paris, where he met his first wife the American artist Suzanne Martin. Upon his return to Venezuela he published his second collection, Animal de costumbre, a sequence of 26 poems written mostly in France. These poems began his move away from surrealist excess toward a minimalist style he continued to develop over subsequent decades.

Sánchez Peláez made his living as a teacher, translator, journalist and diplomat, living in Venezuela, Colombia and Trinidad. In 1969 he was a Fellow at The University of Iowa’s International Writing Program, after which he lived in New York City for two years. It was in New York that he met his second wife and muse, the Argentine Malena Coelho. In 1975 he was awarded Venezuela’s Premio Nacional de Literatura.

During the final decades of his life, Sánchez Peláez published an extremely limited amount of poetry although he continued to write on a daily basis. His final collection, Aire sobre el aire (1989), is a sequence of 14 short poems, one of which first appeared in an earlier draft in Octavio Paz’s magazine Vuelta. The year after his death, the Spanish publishing house Editorial Lumen released his collected work Obra poética, which includes nine new poems written in his later years.

Although he is revered in Venezuela and Latin America by a growing circle of devoted readers, Sánchez Peláez remains a relatively unknown poet. Throughout his life, he was a friend and mentor to several generations of Venezuelan poets including Eugenio Montejo, Luis Alberto Crespo and Jacqueline Goldberg. His friend the Colombian writer Álvaro Mutis referred to him as “Latin America’s best kept secret.”

The love letters I wrote in my childhood were memories
of a future lost paradise. The uncertain trail of my
hope was signed in the musical hills of my
native country. What I pursued was the fragile roe deer,
the ephemeral hunting dog, the beauty of the stone that becomes an angel.

I no longer faint in front of the sea drowned by kisses.
To the encounter with cities:
For guides the ankles of an imagined architecture
For nourishment the fury of the prodigal son
For ancestors, the parks that dream under snow, the
trees that incite us to the deepest melancholies, the doors
of the oxygen that make the south’s warm mist shudder, the fatal
woman whose back leans sweetly on the shadowy
banks.

I love the magic pearl that hides in the eyes of the
silent, the bitter dagger of the taciturn.
My heart turned into a night ship and a custodian of the
oppressed.
My forehead is the tragic clay, the mortal candle of the fallen,
the bell on autumn afternoons, the sail heading towards
the least venturous port
or the one that has lost the most to the storm’s blows.
I see myself facing the sun, in front of Mediterranean bays, a voice
flowing from a lawn full of birds.

My love letters were kidnapped by the ultramarine
falcons that move across childhood’s mirrors.

My love letters are offerings from a paradise
of courtesans.

What will happen latter, not to speak of tomorrow?” murmurs the
decrepit old man. Maybe death will whistle, before his enchanted
eyes, the most beautiful love ballad.

-Translated from the Spanish by Guillermo Parra
(from Elena y los elementos, 1951)

Elena is earth seaweed
Ocean wave.
She exists because she owns the nostalgia
Of these elements,
But she knows it,
She dreams,
And trusts,

Standing on the rock and the coral of the abysses.

I must have fallen onto the trail, and recalled,
Oh delirious host;
Right there, where the afternoon and dusk are appeased,
They separated me.

I heard a trumpet of fog in the desert
My falcons emerged from the foliage.

In all seasons
In autumn or in spring
Elena is earth seaweed
Ocean wave.

-Translated from the Spanish by Guillermo Parra
(from Animal de costumbre, 1959)

Without any delight, surpassing myself with this serpent confined all along the body, alien to this actual, illusory permanence of woman, in this nocturnal cavity of wandering stars and jumbled syllables.

-Translated from the Spanish by Guillermo Parra
(from Filiación oscura, 1966)

César Moro, beautiful and humbled
playing a harp in the outskirts of Lima
said to me: come into my house, poet
always ask for air, clear sky
because we must die some day, it’s understood
we must be born, and you are already dead
the floor will always be here, wide and mute
but dying from the same family is to have been born.

-Translated from the Spanish by Guillermo Parra
(from Aire sobre el aire, 1989)
Posted by greenintegerblog at 8:46 AM

A correction: Suzanne Martin was an artist Juan Sánchez Peláez befriended in Paris. She was not his first wife.

As always an excellent posting.The
way you write is awesome.Thanks. Adding more information will be more useful.

a correction On november l6 l961 at the "mayori" of the 15th arrondissment in Paris, Ellen Lapidus married Juan Sanchez Pelaez. The artists Jesus Soto and Mario Abreu were witnesses and enjoyed the dinner reception following the ceremony at the home of Gail Kernan in Neuilly Sur Seine. Ellen gave birth to two of Juan's daughters at the American Hospital in Paris. For more information see: www.artistlapidot.com